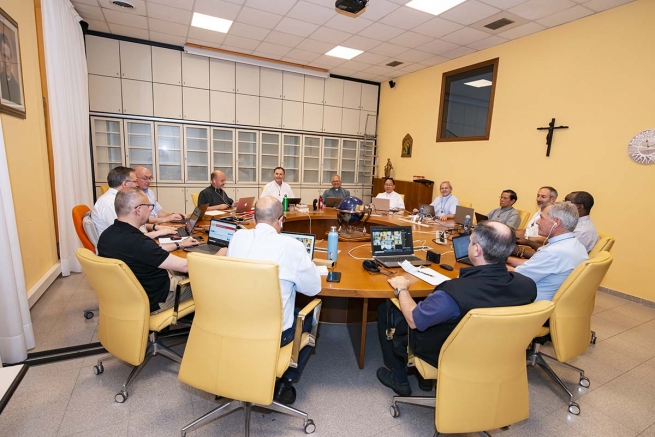 First of all, Extraordinary Visitations will be carried out to the following Circumscriptions:

-       Peru (PER), by Fr Hugo Orozco, Councilor for the Interamerica Region;

Consultations will also be held for the appointment of new Provincials of the:

and for the choice of the first Provincials of the three new Provinces:

There will then be two Courses to Accompany the Provincials in the middle of their six-year term, both based in Turin, in the "Salesian cradle" of Valdocco: the first will take place from 12 to 21 September, the second just over a month later, from 19 to 28 October.

Finally, among the other important events, which will involve various members of the General Council, the Conference on Fr Paolo Albera, the Successor of Don Bosco at the head of the Salesian Congregation (30 October - 1 November 2021 - Rome - UPS), on the occasion the Centenary of his death; and the meeting of the Provincials of Europe, (26 - 28 November, Turin-Valdocco).