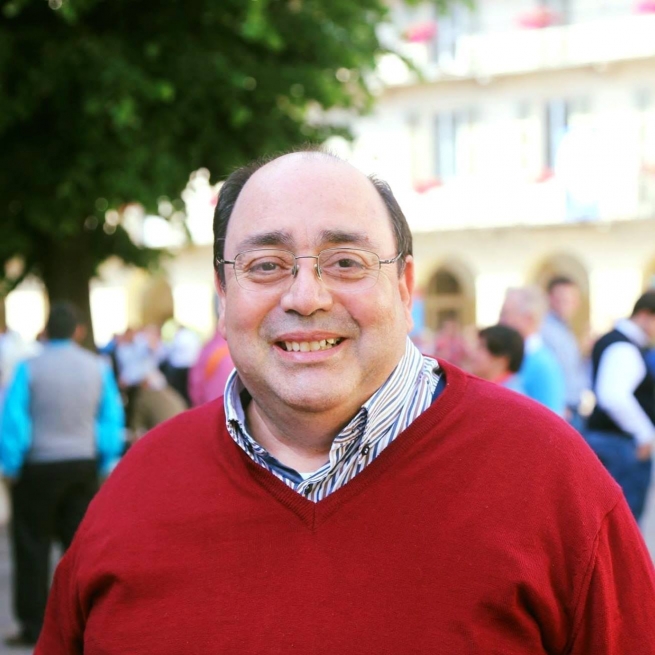 (ANS - Rome) - After eight years of dedicated service (summer 2013 - summer 2021), Bro. José Luis Muñoz, SDB, has left his role as Director of the Salesian iNfo Agency (ANS) and has just reached his new destination, Buenos Aires, Argentina. Three World Youth Days (Rio de Janeiro 2013, Krakow 2016, Panama 2019), two General Chapters, the Bicentenary of the birth of Don Bosco, a pandemic, extraordinary events such as the kidnapping and release of Fr Tom Uzhunnalil or the theft and the discovery of the relic of Don Bosco from the Temple of Colle Don Bosco are just some of the many challenges faced and overcome in this period of time.

Born in Santiago de Chile on September 25, 1961, Bro. Muñoz, a Salesian brother, completed his novitiate at the house of Macul, in Santiago, and made his first vows on 25 March 1982. Before reaching the Salesian Headquarters in 2013, he had already served in the Provinces of Chile and Southern Argentina, where he has now returned.

Under his leadership, ANS completely revamped its website (2016), and entered more decisively into the vast galaxy of social networks, adding to the pre-existing presences on YouTube (2009) and Twitter (2012), as well as Facebook (2015), Flickr (2015) and Instagram (2018). Furthermore, the Agency has developed an agreement with "IME Comunicazione" thanks to which the main annual events of Salesian spirituality (Salesian Family Days, Don Bosco and Mary Help of Christians feast days in Valdocco ...) are broadcast in live streaming and seen and "participated in" by thousands of people around the world.

Before leaving Rome, in an open interview with the Italian Salesian Bulletin, he declared:

“I've always been attracted to social communication as a space for evangelization and I chose it as the area of ​​my specialization as a lay Salesian. There, I was slowly growing, especially in the field of new technologies and gaining work experience in the 90s in the development of websites and in the application of new technologies to schools, until the then Rector Major, Fr Pascual Chávez, invited me to collaborate in the Department of Social Communication.

For me, it was a great challenge because he gave me the opportunity to touch first-hand the reality of the Congregation in all its forms and breadths and to know how the Congregation is present in the world in its various forms.”

And looking to the future of ANS, he hopes:

“In the future, I dream of a news agency that grows following the change in the information paradigm we have today, that one-way information managed only by Rome is abandoned and that it is possible to consolidate a network where the various information centers interact with the central offices in the regions where the Congregation is present… In the future, ANS should consolidate itself as a network that gives ever-greater visibility to the Salesian world and consequently helps us to know better and to love the good that is done for young people.”