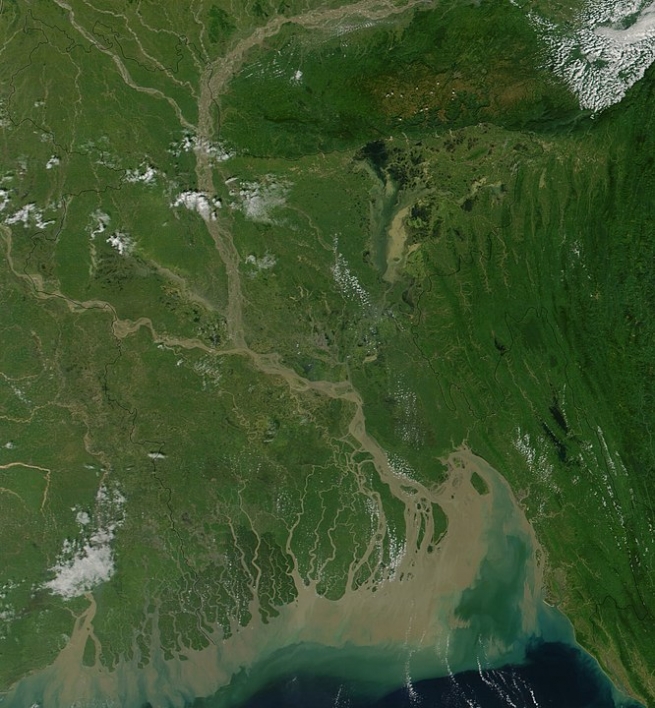 (ANS - Dhaka) - The fight against poverty in Bangladesh has suffered a severe blow due to several natural disasters and the Covid-19 pandemic. Whole areas, in various parts of the country, are affected by abundant rains and floods that have forced hundreds of thousands of people to flee their homes, completely flooded. Fr Francis Alencherry, an Indian Salesian from the Calcutta Province, responsible for the Salesians in Bangladesh, tells us what is happening across the country these days.

Three hundred thousand people affected in the Kurigram district, in the north, almost on the border with India; another 50,000 families completely around Sirajganj, descending along the banks of the Brahmaputra. Faced with this situation, the Government is trying to help those who've suddenly found themselves in difficulty, as are the international organizations present in the area. The Church in the affected areas is also doing everything possible to provide aid and Caritas is very active in the area.

While there are fears of the arrival of new rains, the flood toll is dramatically worsening in the southeastern part of the country, where landslides and floods in Cox's Bazar, the largest refugee settlement in the world, are causing the displacement of about 13,000 Rohingya. At least six victims among the refugees - three are children - fifteen Bengali citizens killed and over 200,000 people blocked by the floods. Dramatic figures provided by the UN Refugee Agency (UNHCR), which speak of 21,000 Rohingya affected by heavy rains and nearly 4,000 shelters damaged or destroyed, including clinics and toilets.

The bad weather emergency in Bangladesh adds to the health emergency due to the Covid-19 pandemic. A new lockdown has been imposed across the country for a month, because of another wave of infections.

“The closure of the factories,” continues Don Alencherry, “has left many workers without work. Despite the restrictions imposed, thousands and thousands of poor people leave their homes every day to try to work to earn something.”

The Salesian also notes that until two weeks ago the virus was concentrated in the villages, while now the incidence also concerns the capital and recalls that almost 230 people are dead and thousands are infected every day.

The consequences of the virus on the economy remain the most worrying aspect: "The number of poor people has greatly increased in the last period. All the gains obtained from the work of the last fifty years have been lost within a year and a half."

“Our hope is that we can go back to normal, that people can get their jobs back and that all together we can rebuild our lives and move forward," concludes, with a gaze of hope, Fr Alencherry.