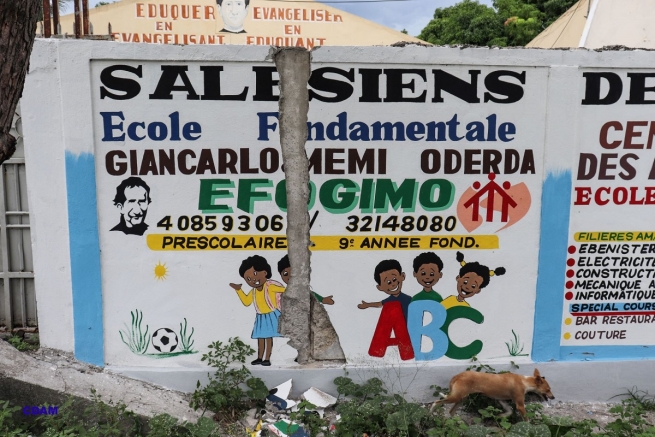 (ANS - Les Cayes) - The death toll in Haiti is worsening after the violent 7.2 magnitude earthquake that struck the country five days ago. In fact, the number of dead and wounded has risen to at least 2,189, while hundreds of people are still missing. This was announced yesterday evening by the local civil protection service. In this chaos, also aggravated by the passage of the storm called “Grace”, the Salesian missionaries are ready to help the population.

"We are fine and our missions have only suffered some minor damage to the walls, but there is a lot of destruction all around," explained Victor Auguste, a Salesian missionary, in the first moments after the earthquake. "Everything is very confusing, we need to gather information and see how we can help."

"We missionaries are fine, but we know that there are people around us who have lost their lives and many people have lost their homes," say the missionaries who work in Les Cayes, the area most affected by the earthquake and its subsequent tremors. Several families have already taken refuge in the Salesian mission in this area.

The earthquake could not have come at a worse time for the country, where the situation remains very unstable, a few weeks after the assassination of President Jovenel Moïse. But in Haiti we must also remember the escalation of violence that has forced more than 19,000 people to flee their homes. Furthermore, like the rest of the world, the country is facing the pandemic with thousands of people infected and few resources to deal with the virus. In Haiti, more than 4.4 million people were already in need of humanitarian assistance, according to the United Nations Office for Humanitarian Affairs.

In the meantime, Prime Minister Ariel Henry has declared a month of national emergency and asked for international cooperation to help the population. The country is among the poorest in the world, with around 60% of the 11 million inhabitants earning less than $ 2 a day. Furthermore, Haiti was still recovering from the catastrophic earthquake of 2010, which caused more than 200,000 people to die and millions were injured.

It is useful to remember that the Salesians have been present in Haiti since 1935. They arrived to respond to the request of the Haitian government to open a vocational school. Since then, the Salesian missionaries have expanded their work to include 11 major educational centers and more than 200 small schools across the country.