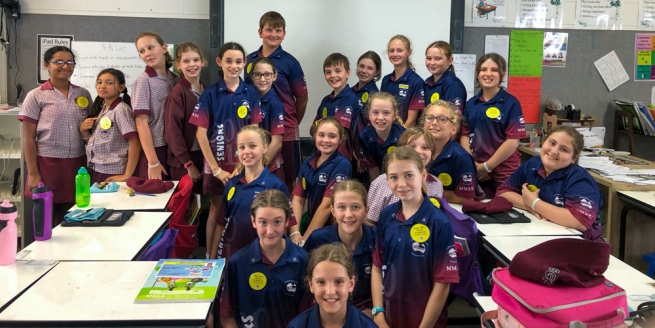 (ANS - Cairns) - Twenty-two young students have joined a day of fasting with the aim of raising funds for the missions. The money thus raised shall be donated to charities supported by “Justice Squad”, a group of young leaders from the “St Gerard Majella” school in Cairns, Australia. The Salesian Mission Office of Australia, "Salesian Missions", also actively participated in the initiative.

The joint commitment of these young people meant that 1,400 dollars were raised. This is an extraordinary result that will make it possible to provide concrete help to the people most in need. More than 1,000 dollars will be sent to the Salesian Mission Office of the Australia-Pacific Province and will be used to assist the population affected by Covid-19 in India. In particular, this sum of money will be used to treat the poorest people. In fact, so far, thousands of food parcels have already been delivered to destitute families in New Delhi and food assistance has also been provided to hundreds of migrants and the displaced.

The donations will also be used to procure oxygen cylinders and beds for five local charities, which provide free services to those in need. Very often, in fact, the lack of adequate equipment is among the main causes of death. Providing as many oxygen cylinders as possible therefore increases the possibility of making people survive the infections caused by Covid-19.

Finally, $500 will be sent to the "MongoliAid" association, which is committed to safeguarding the Gobi bears, which are in danger of extinction. The donations will be used to pay for the emergency transport and purchase of food for the bears in the Gobi desert. It is one of the most endangered species in the world, with only 35-40 remaining.

In addition to the $1,400 raised through fasting, the students also raised another $100, selling fair trade chocolate. This wonderful effort was extremely appreciated by the Australian Salesian Mission Office, who wanted to congratulate these young leaders, inviting everyone to take an example of their willpower in wanting to make the world better.