Bangladesh – Salesians with young people for the country's future 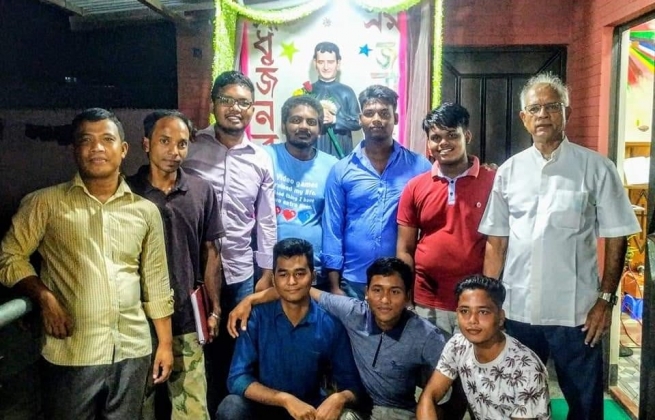 (ANS - Dhaka) - In a country where the Catholic Church has fewer than 400,000 faithful (equalling 0.25% of the population), there is a group of seven Salesians - most of them from India - that is forming new generations of young people in a incremental manner.

The Salesians of Don Bosco arrived in Bangladesh in the parish of Utrail, Netrakona, in the diocese of Mymensingh, in 2009. Gradually, they have extended their pastoral service to the parishes of Lokhikul and Khanjanpur in the diocese of Rajshahi. And for some years, they have also managed a parish center in Uttara, near Dacca, the country's capital, which has become the coordination center for the Salesians in Bangladesh.

Fr Francis Alencherry, former General Councilor for the Salesian Missions (2002 to 2008) and Councilor for the Africa-Madagascar Region (2006-2008), comes from the Indian state of Kerala, is now 71 years old and is the Coordinator of the Salesians in Bangladesh. Presenting this missionary reality, he affirms: “We began our journey twelve years ago in a single parish, taking care only of the school. We are now present in four parishes. We work above all with young people, who are our priority and the future of our Congregation in this country: we try to form them according to a conscious Christian education.”

In 2009, before the arrival of the Salesians in Uttara, the students did not attend classes regularly. “In recent years, however, the students are gradually increasing and this gives us hope. Within two years we will have an indegeneous salesian priest from the locale,” said Fr Alencherry. “Vocations are growing and to date we have 39 candidates in formation. The foundation to our works is the living testimony of our students in formation our houses, who share about their life experience with other young people.”

But the Salesian ministry in Bangladesh is not only focused on the formation of young Catholics: “Our educational program,” continues the Son of Don Bosco, “also extends to young people of other faiths and this is a great achievement ... We know that fundamentalism is still very widespread, but fortunately we have never received threats from extremists.”

In a young Church like that of Bangladesh, much work remains to be done. The Salesian concludes: “We will soon welcome some local priests. Our first task is to provide them with excellent formation, so that they can develop a good faith experience and develop a strong faith. After that, we plan to extend our ministry to other dioceses in Bangladesh. We have already received invitations from four other dioceses.”