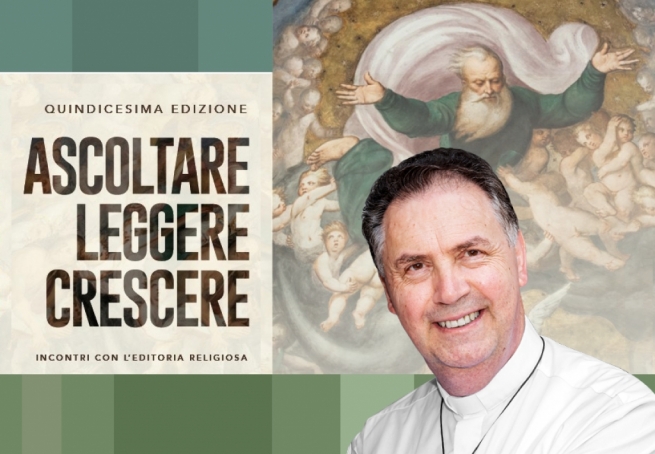 (ANS - Pordenone) - "The educational challenge in pandemic times" is the theme of the Lectio Magistralis that the Rector Major, Fr Ángel Fernández Artime, shall offer tomorrow, Friday 10 September, 2021, in Pordenone, North Italy, as a preview of the 15th edition of “Ascoltare, Leggere, Crescere” promoted by the “Eventi” association of Pordenone and scheduled from 23 September to 2 October.

Sponsored by the Pontifical Council for Culture, the event will present in-depth studies dedicated to the issues of economic and social growth in terms of sustainability with various events that will take place in person and through broadcasts via web and on TV. It will deal with the issue of the debts of poor countries and how that in turn can affect the world's socio-economic system. It will also talk about "femicide" and other forms of violence that the social crisis is exacerbating, as well as populism and online information, amid opportunities and risks.

The event will celebrate the 700th death anniversary of Dante Alighieri, present figures of women from the Bible as seen by the women who read the Bible. Some in-depth studies will instead concern the two encyclicals of Pope Francis: Laudato Sì, read in relation to St. Francis, and Fratelli Tutti, dedicated to the friendship between peoples.

Finally, as per tradition, there will be the usual presentations of new and upcoming books by the authors, further curated by relevant people in the field of publications.

Fr Giuseppe Costa SDB, Scientific Director of the event and co-spokesperson of the Salesian Congregation, who in his extensive curriculum also boasts 10 years at the helm of the Vatican Publishing House (LEV), also expressed himself on the value of this event.

“The possibility of a recovery is there, but to the measure that we commit ourselves. If religious publishing no longer falls within the charisms of the various religious institutes, in the passion of every Christian who communicates ideas through the book, even if the book can be perfectly integrated with digital hemisphere, then nothing grows.”

Fr Costa also focused on the themes the event will develop this year: “There will be particular attention to the environment and Laudato Sì with its debate, as well as to the economy and news stories, as in the case of the diary of Cardinal Pell and its presentation. The themes are such as to capture people's attention."

Dwelling on the guests, Fr Costa recalls the presence of the Vatican secretaries of State, in previous editions, from Cardinal Bertone to Cardinal Parolin, but also of prelates who are exponents of the Vatican institutions.