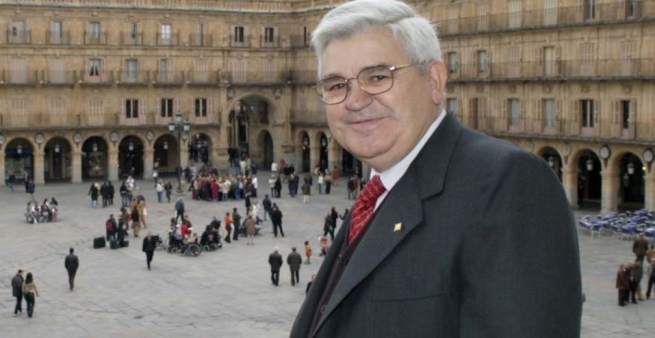 (ANS - Madrid) - On Wednesday afternoon, 8 September 2021, the Rector Major, Fr Ángel Fernández Artime, announced the appointment of Salesian Fr Luis Manuel Moral Lamela as the Director of the Salesian Mission Office ("Misiones Salesianas" and "Jóvenes y Desarrollo") of Madrid for 2021-2024. The appointment, as the Rector Major himself explains, is due to the unexpected death, on 1 September 2021, of Fr Eusebio Muñoz, who held this office.

Fr Luis Manuel Moral is currently Director of the Salesian house "Ciudad de los Muchachos" in Madrid. Among other responsibilities, he was the Provincial Economer (1989-1998) and the Provincial of the "St John Bosco" Salesian Province based in Madrid (2002-2008).

Fr Fernando Garcia, Provincial of the "Spain – St James Major" Province (SSM), to which the house of "Misiones Salesianas" belongs, thus gave the news to his confreres through a letter wherein he affirms:

With this letter I inform you that this afternoon the Rector Major communicated to me the appointment of our confrere LUIS MANUEL MORAL LAMELA as the new PROCURATOR AND DIRECTOR OF 'MISIONES SALESIANAS' for the three-year period 2021-2024.

Luis Manuel Moral is currently Director of the 'Ciudad de los Muchachos' house and institute. For this reason, the definitive incorporation to the new position will take place when it shall be possible to face the replacement of the responsibilities he is presently carrying out. Here is how the Rector Major puts it in his letter:

“We are all still very shocked by the sudden and unexpected loss of Father Eusebio Muñoz. The farewell we gave him was very moving and heartfelt. The good of the mission you carry out in the Mission Office and in 'Jóvenes y Desarrollo' has forced me to move quickly to carry out the necessary consultations, listening, discerning and appointing the new Procurator.

I know it is a big sacrifice for the mission of 'Ciudad de los Muchachos', but I have no doubt that the Salesians and the laity, in dialogue with the Provincial, will find a way to replace Luis Manuel. In anticipation of this, I announce that the new Procurator will begin his service at the end of this quarter in order to bring about a proper transition in 'Ciudad de los Muchachos'."

We thank God for the gift of life that he gave us in Fr Eusebio Muñoz and we wish Fr Luis Manuel Moral every success in the new task that he is welcoming with generosity.

A big hug, together with my prayers".