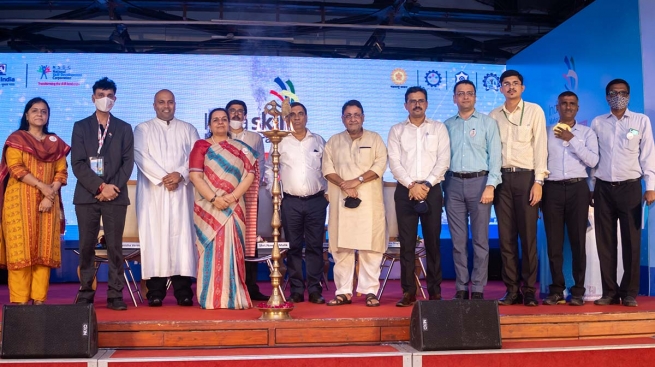 (ANS - Mumbai) - From 3 to 5 September, “Don Bosco Kurla” hosted the “Maharashtra State Skill Competition”- a competition on skills that involved the entire State of Maharashtra. The event was used to select the Indian competitors who will participate in the 46th Championship of Skills, which will take place in Shanghai, China, from 12 to 17 October 2022. The competition was attended by 20,090 young people, aged between 17 and 25 years.

After a first district-level phase, which began on August 17, the state phase has been inaugurated on September 3 by the Cabinet Minister of the State of Maharashtra, Mr. Nawab Malik. The minister encouraged those present to develop their skills and contribute to the improvement of similar competitions, both nationally and internationally.

In total, there were almost 100 winners of the competition, who will now have the opportunity to participate also in the "India Skills" Regional Championship, which will take place between September and October this year, and in the National Championship in December.

Fr McEnroe Lopes, SDB, thanked the Chief Minister, the Deputy Chief Minister and the Cabinet Minister for having chosen “Don Bosco Kurla” as the host for the event. He then took the opportunity to describe the history of Don Bosco's apostolate in favor of marginalized young people, which began with technical and vocational education. He also explained the role of the Salesian Congregation in India in providing academic education and technical-vocational training and sustenance to disadvantaged young people.

Numerous state authorities took part in the event; they visited the workshops and the campus of "Don Bosco Kurla", and also shared a moment of dialogue with the participants in the competition, motivating and encouraging them.