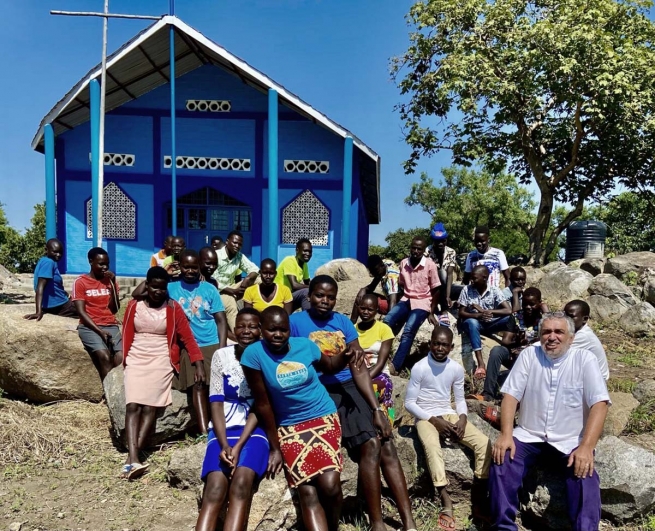 (ANS - Palabek) - The Salesian missionaries who live and work in the refugee camp in Palabek, Uganda, provide adequate education to refugee children, also thanks to donors from "Salesian Missions", the Salesian Mission Office headquartered in New Rochelle, United States.

The Palabek refugee camp currently hosts more than 56,000 refugees and asylum seekers. It was officially established in April 2016 to address crowding problems in the largest refugee camps in the northwestern part of Uganda. Several institutions are involved in providing food and education within the camp. While some have decided to leave due to the pandemic, the Salesians have remained and have continued to offer education to refugee children in the camp.

There are 100 children in primary school, 54 in secondary school, and 25 older young people in the "Don Bosco" Vocational Training Center, where they learn skills in sewing, solar energy management, mechanics, agriculture, construction, hairdressing.

For older young people who want to learn technical skills not offered by the camp’s Don Bosco VTC, the Salesians also offer a support program. The children are in fact taken to other centers, where they can learn to be plumbers, blacksmiths, drives, farm hands and many other skills.

Fr Ubaldino Andrade, Rector of the Salesian Community of Palabek, said: "On a technical and professional level, many young refugees want to go to work or want to learn a profession, which in most cases allows them to return to South Sudan, where they can contribute to the reconstruction of the country, destroyed by many years of violence and war.”

Fr Andrade recalled the case of a girl who, after taking driving lessons and attending a course in mechanics, has now returned to South Sudan and found a job as a driver in an agency.

"We are very grateful to our donors who have helped many children and young people to fulfill the dream of a good education, allowing them and their families to live a more dignified life," said Fr Ubaldino Andrade.