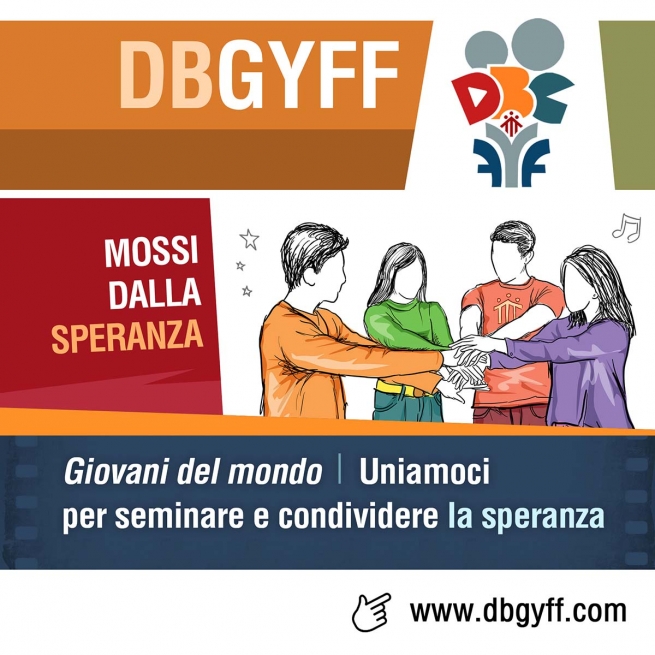 (ANS - Rome) - Friday 15 October was the last day to submit videos to the first Salesian world youth film festival, the "Don Bosco Global Youth Film Festival" (DBGYFF). Over a thousand videos were received from all parts of the world, testifying to a participation, of the whole Salesian Family, which exceeded expectations. Now the organization of the festival enters the final phase, with the juries - divided into two levels - engaged in the arduous task of selection. The actual festival days which will include contemporary projections, as planned from the start, will take place simultaneously on 18 and 19 November, in multiple locations around the globe.

At the closure of the reception of films for the DBGYFF, we can already identify some unique points about this festival, which has been strongly desired and promoted by the Rector Major of the Salesians, Don Ángel Fernández Artime. First of all, we can record a success in the joint participation of Salesians, educators and young people in the event. Many of the candidate videos are the result of joint work in schools, educational centres and oratories of the Salesian Family - in several cases also houses of the Daughters of Mary Help of Christians and other groups such as past pupils have joined the initiative.

From East Timor, Fr Jolino Vieira da Costa, said: “I feel very satisfied that our young people have uploaded a short film and music video, which they made with so much enthusiasm, after having faced so many hardships and challenges.”

While Fairman Khongmallai, from Northeast India, one of the authors of the film "Kal Keliye Khongmallai" (There is hope for tomorrow), testified: “We have produced a project with the young people of my village; but not having a powerful internet network to upload the film, we went to the Salesian house and Fr Michael Makri helped us upload it to the portal.”

And from Argentina, the animator and educator Hernán, shares: “It was a powerfully Salesian experience to have accompanied our group of young directors to make the film and to participate in the festival. We were able to share this excellent initiative with their parents, who encouraged them to participate. I was able to see how Don Bosco's pedagogy and preventive system opened horizons in the life of young people, encouraging them to get involved and to become better. This festival made it possible.”

At the same time, the ultimate goal of the festival, to make young people ambassadors of hope in their realities, seems to have already been achieved in the preparatory phase of the work.

Again from Argentina, Clara reports: “When I was invited to participate, I couldn't believe it! It was a wonderful experience, sharing the same objective together, with a message full of hope: I just can't wait to do other festivals!"

And again, from Paraguay, Matías writes: “It was a great experience to be able to participate in the DBGYFF. We worked with some young people to make a short film on the theme 'Moved by Hope'. It took us a month and a half between writing the script, shooting and editing. I thank these young people who said yes to this proposal.”

At this point the most difficult work is the one that falls to the juries. Since the beginning of the month, the coordination team of the Festival, led by the Director, Fr Harris Pakkam, together with the Coordinator of the Juries, Fr Tadeusz Lewicki, has been contacting the approximately 100 jurors who are members of the preliminary jury - a varied group of representatives of all continents and countries, of different languages, cultures, ethnic groups and backgrounds - which has the task of viewing sets of 25 films each, and carrying out a first phase of screening among the videos to select those deserving to reach the final phase. To ensure the fairest and most objective judgment possible, each video will be viewed by at least three jurors.

Subsequently, it will be the turn of the Grand Jury, whose composition is in progress these days, between filmmakers and screenwriters, film critics and influencers, reviewers, artists, actors, composers, sound engineers, editors and visual effects experts, bloggers and Salesian figures. They will be the ones who, working on the finalist videos, will then identify the winners of the various categories.

And while expectations are raging throughout the Salesian world, the ways in which the festival will actually take place are also being defined. There are three levels:

- in the situations where it will be possible to do so, there will be a presentation in presence in the Salesian houses, with the direct participation of the young people;

- where the local measures adopted to prevent Covid-19 infections require avoiding gatherings, following the same methods that many Salesian houses use for Distance Learning, an online video transmission of the events organized will be made.

- for everyone, it will be possible to watch the live streaming from the official website of the festival - www.dbgyff.com - which, among the various moments, will also broadcast the official ceremonies from Turin, and in particular the opening, Thursday 18 November, and the announcement of the winners on Friday 19 November.

"We invite all the Social Communication Delegates and the Salesians who collaborate in this initiative to prepare local, provincial or national events that adequately accompany the celebration of this Festival of Hope and the Youung" is the final appeal issued by the organizers.