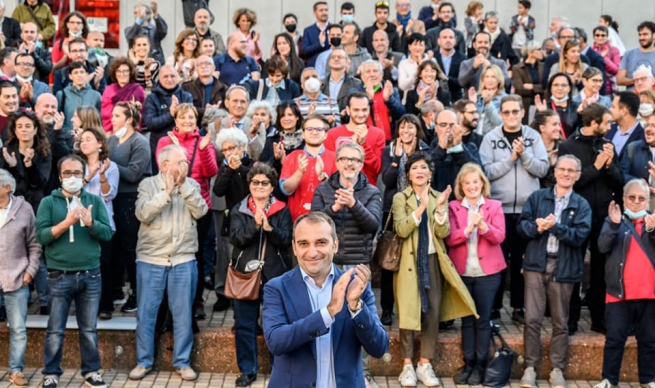 (ANS - Turin) - "I dedicate this victory to a person who for me was a teacher, a father, a guide: Father Aldo Rabino. I wish he was here, but I’m sure he is watching us from up there." These were the first words of the new mayor of Turin, Stefano Lo Russo, elected to lead the Piedmontese capital after the elections to local bodies on Sunday and Monday. A geologist, 46, the First Citizen of Turin wanted to claim and present to the citizens his Salesian formation, which played a decisive role in his life and in his political career.

Mayor Lo Russo, hitherto a fulltime professor at the Polytechnic of Turin, and who has been the member of the City Council since 2006, made his ascent in the academic world beginning from technical school education. His family had modest resources and chose that path for him so that he could circumvent the costly regular academic school system and begin qualifying towards a job.

It was precisely then, when the young Stefano was about to take his diploma at the Salesian technical school, that the intervention of the Salesian Fr Rabino introduced him to the world of volunteering. He involved him in the "Operation Mato Grosso" in Latin America.

Then, a few years later, Fr Rabino himself said to him: "Why don't you get involved in politics?" Not surprisingly, in the blog in which he introduces himself, Lo Russo states: "The passion for politics and commitment to my community was undoubtedly born in those years."

The bond with Fr Rabino, who passed away in 2015 and whom Lo Russo defined as his spiritual guide, was also sealed thanks to the national sport -Football, as both were ardent lovers of the sport. It certainly went beyond "faith in a sports team" as well. The new mayor is as much a Juventus fan as was his Salesian formator, who in fact was the chaplain of that football club for over forty years and had been also passionate about Torino Calcio.

Thus, in the city of Don Bosco, the First Citizen is indeed a fruit of Salesian education.