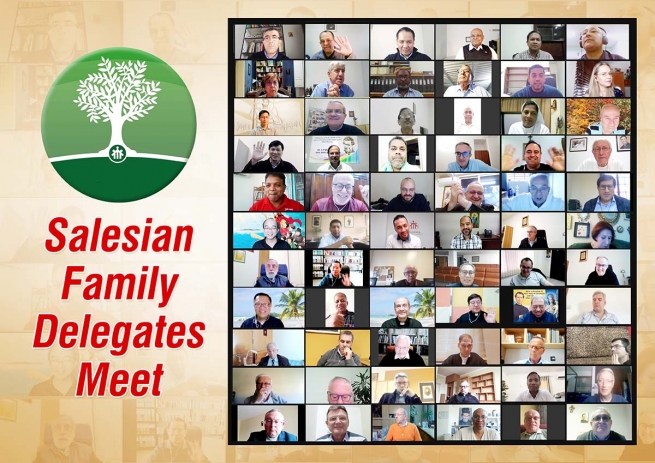 About 70% of the SF Provincial Delegates participated in the meeting, carried out digitally. It was a beautiful experience of communion and sharing, as well as an excellent opportunity for evaluating the strengths and current challenges for the Salesian Family of each Province. And all this was lived in an atmosphere of joy, prayer and communication.

The Salesian Family groups are present in all the Provinces in a variable proportion from 25% to 45% of the presences of the officially recognized groups. Furthermore, in several Provinces there are other local groups that deserve attention. The vitality of the groups is manifest, even in these pandemic times, and is expressed through the commitment of the members of the Salesian Family Provincial Councils, the growth of some groups (such as ADMA, the Salesian Cooperators ...), the relationship with the Daughters of Mary Help of Christians, the projects often linked to the planning of the Provinces and the initiatives of celebration, formation, prayer and also of mission. Finally, the bond with youth ministry teams, openness to the local Church and social commitment also grow and deepen due to constant effort.

Ultimately, it was a rich exchange, which will undoubtedly become an itinerary of sharing and deepening in the present six-year term.