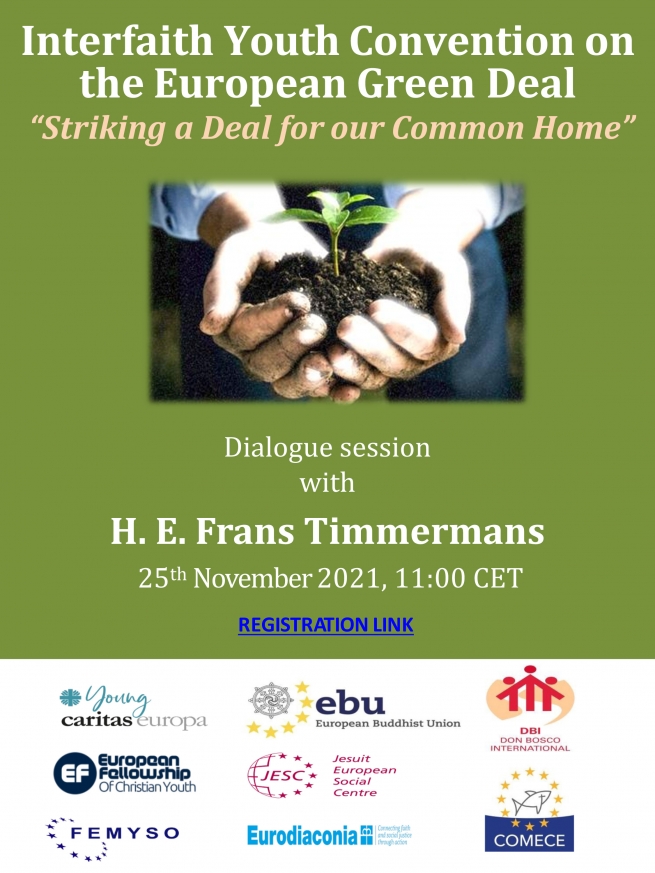 (ANS - Brussels) - On the sidelines of the 26th United Nations Conference on Climate Change (COP26), currently underway in Glasgow, and as an original contribution to the "European Green Deal" to overcome and together win over the current environmental challenges, the Youth Platform of COMECE (Commission of Catholic Episcopal Conferences in the EU), which DBI is supporting since its inception in 2019, promoted the event “Interfaith Youth Convention on the European Green Deal”. The first session was held online in October and it will end with the final session on November 25th.

Renato Cursi, Don Bosco International Executive Secretary, explained: “Together we are trying to give a soul to the green transition in Europe, while seeking to strike an intergenerational deal for our common home, for a fruitful encounter of the spirit of Fratelli Tutti and Laudato Si’.”

The next meeting in which every interested young people from such networks can join, is going to take place online on November 25, right after #COP26Glasgow.

A virtual dialogue with Mr Frans Timmermans, Executive Vice-President of the European Commission for the European Green Deal, will take place online, starting from the proposals voted by the participants on this first meeting.

The European Green Pact aims to transform the European Union into a modern, resource-efficient and competitive economy, ensuring that: in 2050 net greenhouse gas emissions are no longer generated; economic growth is dissociated from the use of resources and no person or place is neglected.