Italy – The legacy of the Unknown Soldier today: "Doing our part in society" 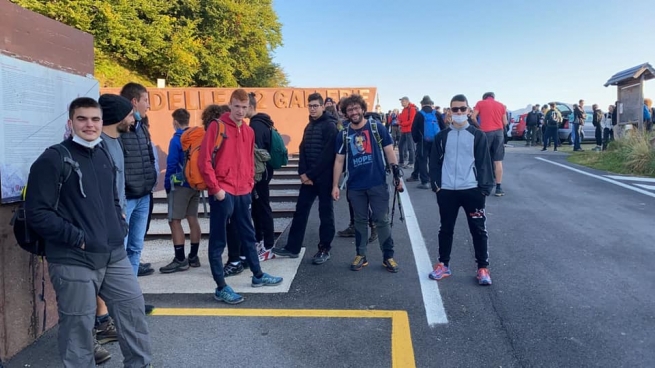 (ANS - Schio) – In Italy, 4 November 2021 is not just the anniversary of the Day of National Unity and the Day of the Italian Armed Forces, but also the centenary of the burial, at the Altare della Patria (Altar of the Fatherland -at Piazza Venezia) in Rome, of the remains of the Unknown Soldier, as a tribute to all the Italian soldiers who sacrificed themselves on the frontlines in World War I. As a result of this symbolic anniversary, the students of the Salesian Vocational Training Center in Schio, together with students of the "De Pretto" State Industrial Technical Institute, climbed along the Route of the 52 Galleries on Monte Pasubio, a place of fierce fighting during the Great War, to pay homage to the soldiers who died to defend the homeland. "To play our part in the society in which we live, to participate in the life of the community, to be in solidarity and to protect democracy" was the message addressed to young people on this occasion.

This was pronounced by Alessandro Maculan, the municipal assessor from Schio who accompanied the youngsters during the climb. "The excursion is aimed not only at young people, but above all at that unknown boy, who lost his life for his country," he added.

“We want to pay homage to the hundred years since the burial of the Unknown Soldier in Rome at the Altare della Patria with a plaque dedicated to a boy, with dreams, hopes, future, fears ... A boy who did not want to die, but who wanted to live like all of us,” said the young official, who is also a researcher at the University of Padua, and a good connoisseur of the youth population.

“He found death in battle without being able to even be identified, without being able to be called by a name and a surname. Unknown,” he then continued, “but his value, his courage and his honor, qualities that have forged Italy did not remain unknown. For the first time truly united in facing an epochal conflict, an unprecedented massacre for Europe and for the world. (…) Today it is necessary to ensure that his memory is not just a memory: we must ensure that his spirit lives in the hearts of the new generations.”

According to the Assessor, the right way for young people to do their part is to be engaged in the defense of those rights and duties they had won, in the daily defense of democracy, in participation in social reality, in the commitment to active associations and volunteer work, which maintain many essential services to the population, in the interest of what happens to others and not just what happens to us.

“Participating is the only imperative,” Alessandro Maculan emphasized. “Being part of the polis, being participants and persuaders of the decision-making process, not just being subjected to it -are important.”