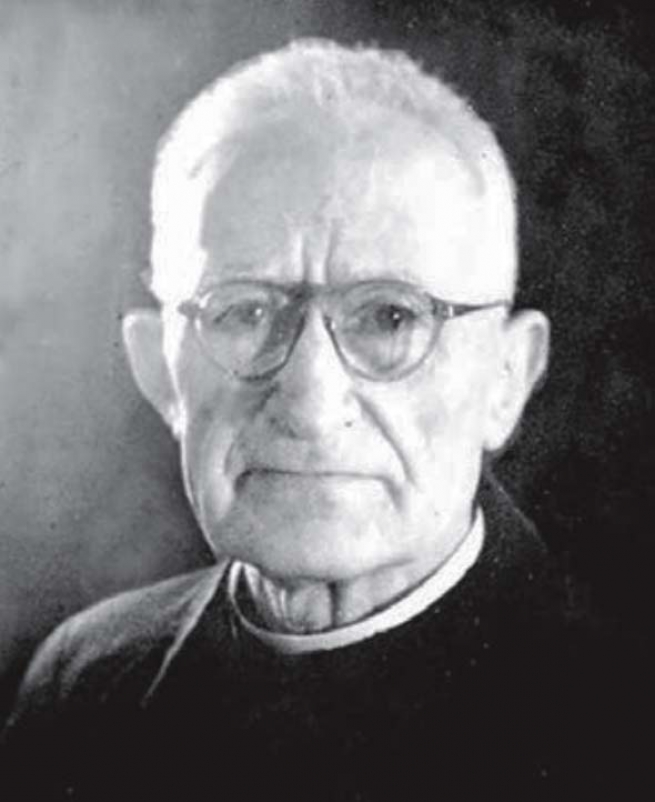 (ANS - Rome) - "He spent hours and hours in the confessional and over the years he had become the point of reference for all the Salesians in Buenos Aires and the surrounding communities ... he was truly a great confessor." These were the words of the Holy Father, about Fr Enrico Pozzoli, the Salesian missionary who baptized little Jorge Mario Bergoglio in Buenos Aires on Christmas day 1936. This and much more is contained in the book published by the Vatican Publishing House (LEV) "Ho fatto cristiano il Papa" by the journalist from Lodi, Ferruccio Pallavera, which will be presented across various locations including Rome, on Friday 12 November at the Pontifical Urbaniana University in an event that will also see the Rector Major of the Salesians, Fr Ángel Fernández Artime, together with other illustrious figures.

A "worker of the Kingdom of God", a "saint", as Pope Francis himself defined him, but at the same time a missionary like many others, who left Lombardy for Argentina in the years of Italian emigration to Latin America at the beginning of the twentieth century. Fr Enrico Pozzoli’s story would perhaps have fallen into oblivion, like that of many such "saints next door", if this Salesian priest, born in Senna Lodigiana in 1880 and died in Buenos Aires 81 years later, had not baptized the child who would later become the pontiff of the Catholic Church.

In Pallavera's book, which is also a historical cross-section of the life of the peasants of the Lodi area between the two centuries and of the Salesian missions in Patagonia in the same years, the relationship between the whole Bergoglio family and that Salesian with a passion for photography and the hobby of repairing watches is reconstructed in detail. Fr Pozzoli was, indeed, at center stage at various times. He was the intermediary who introduced Mario Bergoglio and Regina Sivori, the future pontiff’s parents to each other. It was he, who presided their wedding; and again it was him, who helped the parents of the future Pope to accept the request of their eldest son to enter the seminary.

Many details of the life of the missionary Fr Enrico Pozzoli that emerge from Pallavera's book were told to the author by Pope Francis himself. “When in 2020, I finished the first draft of the book, I realized that I had some substantial gaps,” says the journalist. “The only person who could fill the gaps in my research was the Pope. So, I wrote to Pope Francis, to tell him that I was developing a biography of the priest who had baptized him, but I never imagined that he would call and invite me to Casa Santa Marta for a one-hour private interview. Thanks to that exclusive interview, I was not only able to fill in the holes in my story, but I had to practically rewrite the book.”

Fr Pozzoli's biography will be presented:

- on Wednesday 10 November, at 6.00 pm, in Asti, in the presence of the bishop of the city, Most Rev. Marco Prastaro;

- on Friday 12 November, at 6.30 pm, at the Pontifical Urbaniana University, in Rome. Cardinal Luis Antonio Tagle, Prefect of the Congregation for the Evangelization of Peoples, the Minister of Defense, Lorenzo Guerini, and the Rector Major, Fr Ángel Fernández Artime would be present;

- on Sunday 14 November, at 3.00 pm, in Senna Lodigiana, in the presence of Cardinal Leonardo Sandri, Prefect of the Congregation for the Oriental Churches;

- on Wednesday 17 November, at 8.45 pm, in Lodi, with felicitations by the bishop of the city, Most Rev. Maurizio Malvestiti, and the director of L'Osservatore Romano, Andrea Monda.