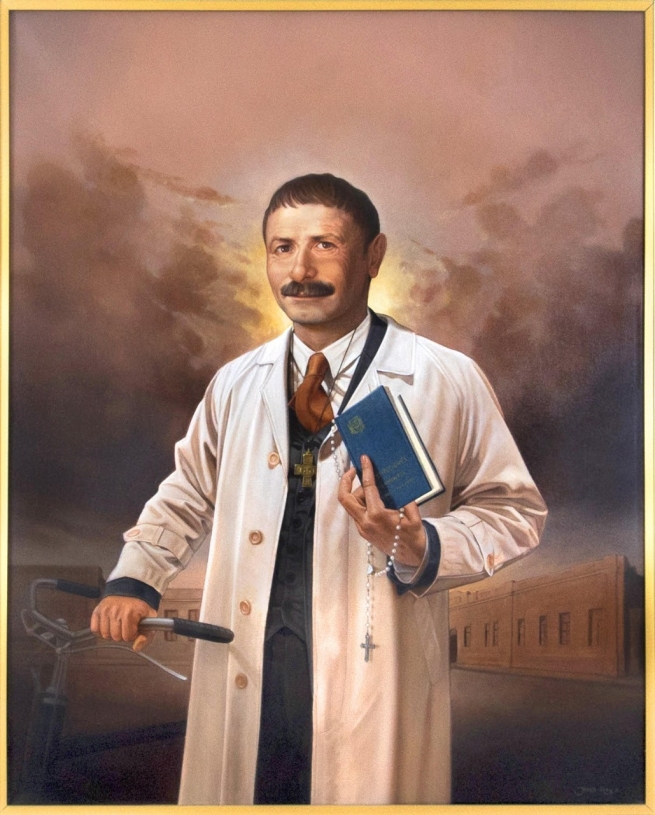 (ANS - Rome) – On November 13 the Salesian Family remembers Blessed Artemides Zatti, perhaps the man who is most appreciated and venerated by the elderly inhabitants of the Argentine city of Viedma in Patagonia. He was called “The holy nurse of Patagonia", long before he was proclaimed Blessed by Pope John Paul II on 14 April 2002. Born in Boretto (Reggio Emilia) 1880, he emigrated with the family to Argentina, and attended the Don Bosco Parish. Wanting to become a religious he entered the formation house at Bernal. He looked after the sick and contracted tuberculosis. During his recovery in Patagonia hje discovered his ultimate vocation. He dedicated himself completely to the sick, ran the hospital, graduated as a pharmacist and nurse. His was a life of service, sacrifice, prayer and poverty.

July 2020 saw the first film production, “Zatti, our brother”, by the Salesians in Argentina, promoted through the Salesian Bulletin in the country. It highlighted certain aspects of Artemides Zatti’s life. The original idea for this short film came from Fr Ricardo Campoli, who then became the director for this magnificent work. The film was supported from the outset by the Rector Major, Fr Ángel Fernández Artime, who invited Salesian Missions in Spain to collaborate. It is very appropriate to watch this film again in order to get to know the spirituality and holiness of Blessed Artemides Zatti. His experience as a nurse and a religious allows us to look at the demanding task of caring for others, taking care of the lives of others, through different eyes.

Speaking about the making of the short film Fr Campoli commented: "This film was a real miracle, thanks to Blessed Artemides Zatti. I became fascinated by his figure and his life was always before me, it challenged me every moment. Faced with adversity, Zatti responded with prayer, work and community, without ever losing sight of what was most important: not the hospital’s walls but the possibility of continuing to accompany the poor and the sick.”

The whole world is anxiously awaiting the day of Blessed Artemides Zatti’s Canonisation. Pray that this moment will soon arrive.

This short film, “Zatti, hermano nuestro” (in its Spanish original) running for 32 minutes has had almost 65 thousand hits. You are warmly invited to see it on YouTube and be inspired.

Further material and resources can be found at www.zattilapelicula.com.ar