India – Shades of Hope on Silver Screen at DBGYFF in Chennai 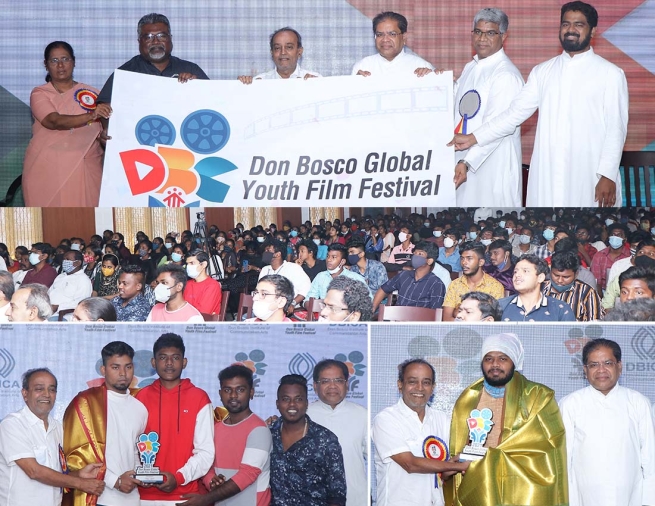 (ANS – Chennai) – The Don Bosco Global Youth Film Festival (DBGYFF), the world’s first Global Salesian film festival, was conducted on the premises of the Salesian headquarters of the Province of Chennai by the Don Bosco Institute of Communication Arts (DBICA) and Don Bosco Arts and Science College on December 11, 2021. Although the festival was scheduled for mid-November, the unexpected heavy rains in Chennai postponed the event to December with the same glory as planned earlier. Veteran film editor and National Film Award winner, B. Lenin, presided over the inaugural ceremony as the Chief Guest, and Father Amirthraj Arokiam, SDB, writer, editor and publisher, as the guest of honour.

Addressing the audience, Lenin expressed his profound happiness to have been part of the grand jury of DBGYFF 2021. He recalled his close affinity to Don Bosco and DBICA since the early 1990s. He highlighted the mentoring role that DBICA has played in scores of successful media professionals in the industry today. His inspiring words instilled hope in the hearts of the young students.

Father Arokiam addressed the gathering and declared the award winners of DBGYFF 2021. He honoured the awardees from Chennai, India. “Gama” by Bagu Bagu won the first prize in the Category of “Jury Choice”; Thamizhvanan's music video “Take it easy” won the second prize.

Then the award-winning films and selected nominations of the DBGYFF 2021 were screened. There was a rich sharing and interaction about the short films, animations and music videos screened.