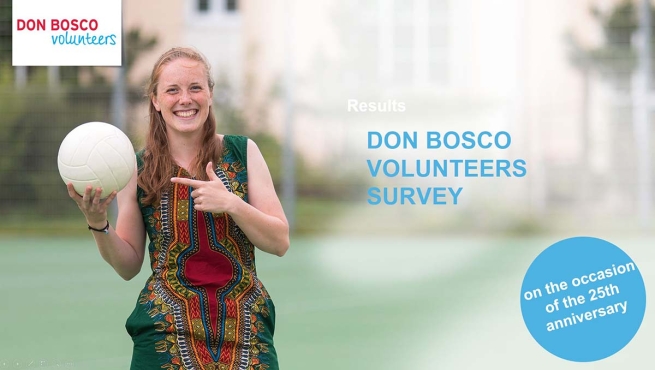 (ANS – Bonn) – Voluntary service as a “Don Bosco Volunteer” abroad often leads to voluntary work. This is the result of a survey conducted by the German Province on the occasion of a 25th anniversary among former “Don Bosco Volunteers”. 91 percent of the 180 returnees surveyed said they were politically and socially involved, for example in youth work, student associations, or refugee aid. Fifty percent even do this more than once a week.

In 1996, the first volunteer from Germany traveled to Ireland as a Don Bosco Volunteer - almost 800 other young people followed him and have since done a one-year service by young people for young people in India, Bolivia, Ghana, or the Philippines. Since 2010, 400 volunteers have also completed voluntary service in Don Bosco institutions in Germany. The German Don Bosco Volunteers have enriched and changed the youth and development work of the Salesians of Don Bosco. Their impulses on post-colonial structures, for example, have further developed the educational work in Germany and continuously improved the preparation of new volunteers. As bridge-builders between the global South and Germany, they have strengthened relations with people and the Don Bosco family.

A critical look at social injustice

On the occasion of the 25th anniversary, a survey explored the following question: How lastingly did the voluntary service shape the lives of the volunteers abroad themselves and what experiences did they take away with them in retrospect? The survey reached almost 650 former volunteers to find out whether there were any long-term changes in behavior and attitudes as a result of the voluntary service and what was particularly memorable about the time.

The 180 responses show first and foremost the relevance and power of these twelve months of commitment to the youth of this world. Among other things, this becomes clear when looking at the development policy orientation of the service. Many volunteers develop a critical view of the international economic system and social injustice. This is also evidenced by numerous free-text responses, in which it becomes clear that the experiences made on-site are still reflected on many years later and influence one's own attitude towards global issues. The survey clearly shows that the volunteers are still highly sensitized to issues such as racism, privilege, and postcolonialism later on.

Those responsible also rate the intensive bonds and friendships as particularly positive, underlining the function of volunteers as bridge builders between people and cultures. In some cases, volunteers stay in touch with their host country for years after their assignment, be it through social media, travel or, in some cases, through their involvement in migrant communities in Germany. The experience of being part of an international community for the benefit of children and young people is almost universally perceived by the participants as meaningful, positive, and personally enriching. For the Don Bosco family, active and former volunteers are also an investment in good employees. Almost a third of them later start a pedagogical study such as teaching or social work and would like to continue working with children and young people.

The one-year voluntary service at Don Bosco often includes living and experiencing a religious community, which many participants consider positive. However, more trust in the church as an institution and an intensification of one's own faith does not necessarily go hand in hand with this.

"The survey encourages us to continue working together with our volunteers for a world in solidarity and to further expand our offer. We would like to take this opportunity to thank all our partners at home and abroad who together with us make Don Bosco Volunteers possible and send greetings to all those who have been part of it over the past 25 years," says Ulla Fricke from Don Bosco Volunteers in Bonn, who initiated the survey together with Wolfgang Kirchner and Heike Strecke.

A detailed presentation of the survey is available, in English and Spanish, in a downloadable PowerPoint document at the bottom of the page.

Director of Education and Communications