Portugal – Researcher at the University of Porto, a Salesian past pupil, receives a European scholarship of great value 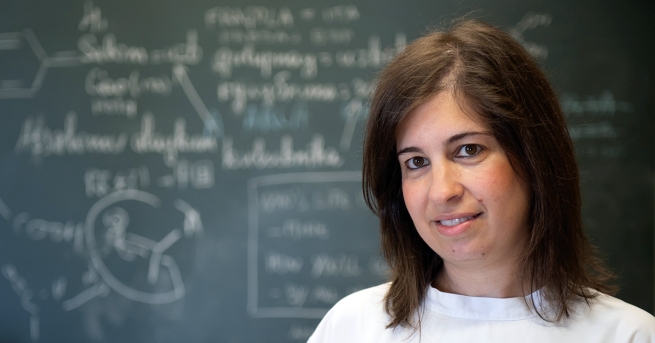 (ANS - Porto) - Susana Soares is one of the five Portuguese scientists selected by the European Research Council (ERC, in English). The researcher from the University of Porto and a past pupil of the Salesian Institute of the same city will receive a scholarship worth 1.5 million euro.

Susana Soares graduated in Biochemistry from the University of Porto, the institution where she also earned a Master's degree (2008) and a Doctorate (2012). For over a decade, the scientist has been working as a researcher specializing in understanding the flavors of food and their perception. Now, she is part of the group of 397 scientists selected - from more than four thousand applications - in the first "ERC Starting Grants" competition, sponsored by the European Research Council to support research, for the 2021-2027 term, of the most promising scientists at the beginning of their careers.

“For me and my team this scholarship represents several things: firstly, the culmination of a lot of hard work, a lot of dedication and team spirit; secondly, it is a motivation to do more and more, always better, always with the desire to learn, grow and share knowledge,” said the researcher on the website of the University of Porto.

And it should not be forgotten that in 2019 the scientist had already obtained the "Wartburg Award of Excellence for Research on Flavors".

In 2020 the Salesian past pupil had clearly illustrated the objective of her research in the Salesian Bulletin of Portugal: “Most health-promoting foods are of plant origin, the vegetables themselves, legumes and fruit and vegetables. Most of these foods are rich in healthy compounds, polyphenols, but they are typically bitter and astringent.” “My research seeks to find other alternatives, healthful compounds that interact with compounds whose taste is not pleasant and prevent them from having that taste,” she summed up.

The results of the research led by Susana Soares will have applications in various sectors, from the primary sector to the food and pharmaceutical industries.

As for her private life, Susana's whole family is "Salesian": her husband, Ângelo Lucas, is also a past pupil. “I met him at school! He attended the Poiares Institute and then came to Porto. And we have two twin daughters, Francisca and Maria, a true gift from God, who are now seven years old, who have already attended the Salesian institute in Porto and are now studying with the Salesian Sisters.”

Finally, speaking of her years in the Salesian school, the winner of the European scholarship recalls: “Since I attended school for 9 years, I have many good memories ... The way of being and doing of the Salesian community has influenced my personal and professional development and, looking at my friends who went to the same school, I also see a lot of this spirit in them and in their lives. That's why I chose this education for my daughters too.”