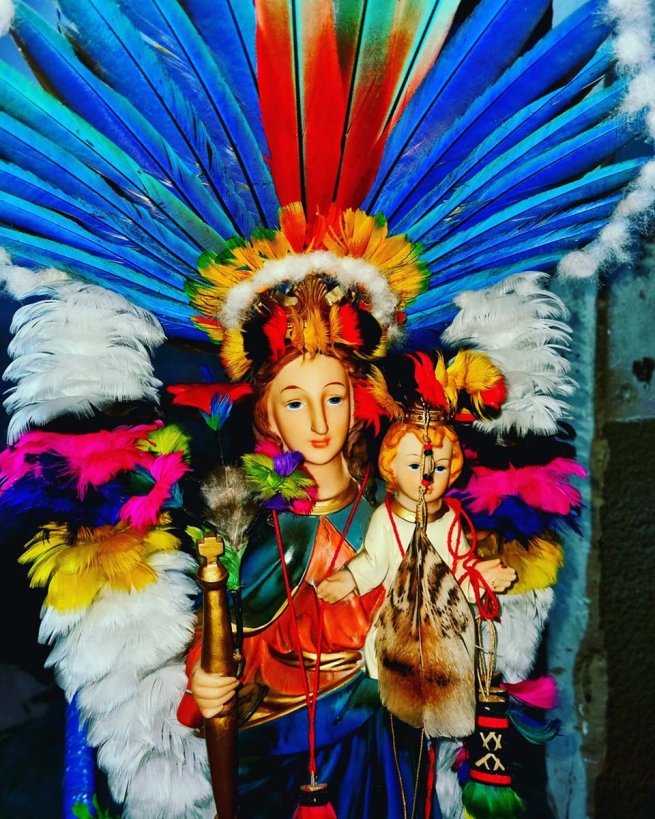 (ANS - Meruri) – 18 January 2022 marked 120 years of Salesian presence in the Indigenous Mission of Meruri, in Mato Grosso, Brazil. In fact, the first group of Salesians and Daughters of Mary Help of Christians arrived in the Bororo lands on January 18, 1902. The Rector was Fr. Giovanni Balzola and the Matron was Sr. Rosa Kiste. They started their first mission in the region of Tachos (Toripó, in the native language).

There they had their first contact with the Bororo people, developing educational and self-supporting activities. Due to problems of water shortage, the Mission was transferred to the region near Morro de Meruri, on the banks of the Barreiro stream, giving rise to the current Village of Meruri, the main community and headquarters of the Salesian Mission to this day.

The most significant event in the history of the Salesians in Meruri occurred on July 15, 1976, when Fr. Rodolfo Lunkenbein, then Rector of the Salesian presence, and the indigenous Simão Bororo were assassinated (since 2016 the Process of Recognition of Martyrdom and Beatification has been initiated for them).

But the current Secretary of the Province of Brazil Campo Grande (BCG), to which the mission of Meruri belongs, Fr João Bosco M. Maciel, divides the history of the Meruri mission into five phases: the first period: from 1902 to 1919, when the Mission gave exclusive assistance (economic, health, educational and evangelizing) to the Bororo people; the second period: from 1919 to 1941, when the Mission sought its economic self-sustenance through work; the third period: 1941 to 1965, characterized mainly by migrations of Bororo families to villages along the São Lourenço River and greater attention devoted to the numerous farms and the school for the children of the settlers, with which Bororo children also study. The fourth period: from 1965 to 1980, is marked by the direction of Fr. João Falco, who overturned the system of assistance to the natives. With the founding of CIMI (Indigenous Missionary Council) in 1972, the missionary commitment to evangelization was transformed into support for indigenous peoples in the preservation of their culture, language and right to a territory where they could continue to live as differentiated peoples. The fifth period, from 1980 to the present, saw the recognition of the Indigenous Land of Meruri, covering an area of 82,301 hectares.

And with the increase in the number of Bororo students, the school, in addition to the elementary school, started in 2009, now also offers secondary education, with all indigenous teachers. Also worth mentioning from this period is the creation of the "Fr. Rodolfo Lunkenbein" Cultural Center, inaugurated in 2001, which today is a national reference in the revitalization of indigenous culture.

In our days, the Rector of the mission is Fr. Andelson Dias de Oliveira, who states, “Our work has gone through several moments in these 120 years. I see that today our greatest testimony is to be present with them in their struggles, their dreams and their quest to guarantee and defend their rights. They themselves repeat: 'many have come here, but only the missionaries have stayed'. Despite everything, we are with them and with them, we form a family in the Salesian spirit. It is clear that by being with them we help them in their needs! Evangelization, education, health so that they have life and life in abundance,” commented the missionary.

The Salesian missionary presence in Meruri constitutes a concrete realization of St. John Bosco's prophetic dreams of generations of Salesians who would shed sweat and blood for poor and needy youth throughout the world.