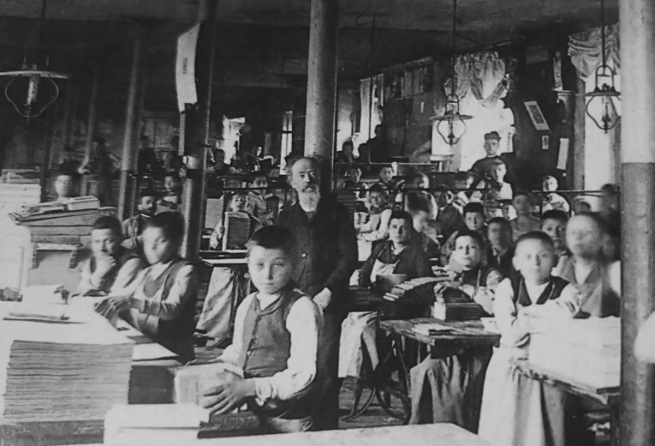 (ANS – Rome) - Past Pupils and Friends of Don Bosco are marking the 120th anniversary from the death of their founder Carlo Gastini on the 28th January 1902.

Carlo Gastini, under the guidance and inspiration of Don Bosco was the leader of the first group of past pupils of the Valdocco Oratory who met together to express their love and gratitude to Don Bosco who took care of their upbringing and their education.

Throughout his life, Carlo Gastini remained a close friend and collaborator of Don Bosco.  For many years, he was the head of the book-binding workshop, and he animated the theatre in Valdocco.  He was always willing to support Don Bosco in his work with the young people in Valdocco.

The President of the World Confederation of Don Bosco Mr. Bryan Magro, on this special occasion, highlighted the importance of reflecting on the beginning of the largest organisation in the Salesian Family.  From the very beginning, the love and gratitude shown to Don Bosco was transformed to showing solidarity to those young past pupils who are most in need.  Don Bosco had guided Gastini to form an association of past pupils with the aim to help each other and the Salesian work.  In the same way, today, past pupils and friends of Don Bosco are being encouraged to commit themselves in social action to those young people who are most in need.

For this occasion, the World Confederation of Past Pupils has issued a short video on the life of Carlo Gastini in the Italian, English and Spanish language.