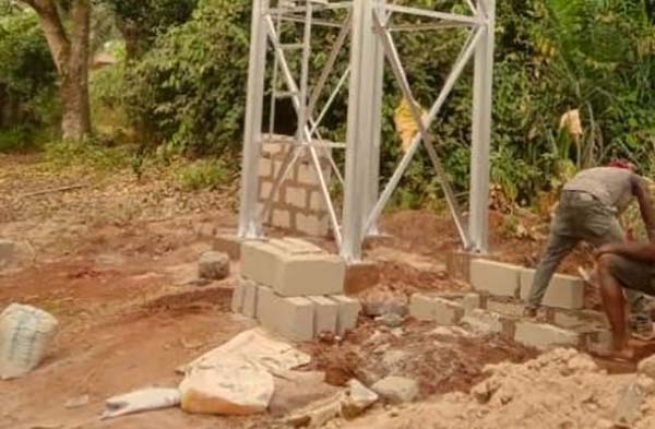 (ANS – Mbaukwu) – People living in the villages of Abajah and Mbaukwu in Nigeria have access to clean water thanks to funding from the Salesian Missions “Clean Water Initiative.” The funding provided for the implementation of a new water borehole in each village. The boreholes will contribute to the livelihood of the local community, curtail the outbreak of waterborne diseases and infections, and help ensure the safety of women and children searching for water.

Mbaukwu is a village of 37,500 people who make their living through farming and trading. Mbaukwu is situated on a high-altitude plain, hundreds of feet above sea level. The majority of those in the community depend on a few streams for their water, which is not always clean or sufficient. The borehole is benefiting more than 10,000 people annually.

In Abajah, families also depend on stream water for washing, cooking and drinking. The stream is unhealthy and contaminated, and as a result, residents have suffered immensely from waterborne diseases and other ailments, especially typhoid and malaria. More than 25,000 people will benefit each year from this new clean water source.

“Due to unavailability of drinkable water, especially during dry season, some people are compelled to cover long distances to fetch water from streams,” explained Father Max Okoro, a Salesian missionary in Lagos. “Apart from the hassle of searching for hygienic water, the provision of these borehole projects will save the communities from avoidable waterborne diseases and infections caused by heavy dependence on rainwater and stream water.”

In addition, people living in the village of Akwa Umuikwele recently gained access to clean water thanks to funding from the “Clean Water Initiative.”