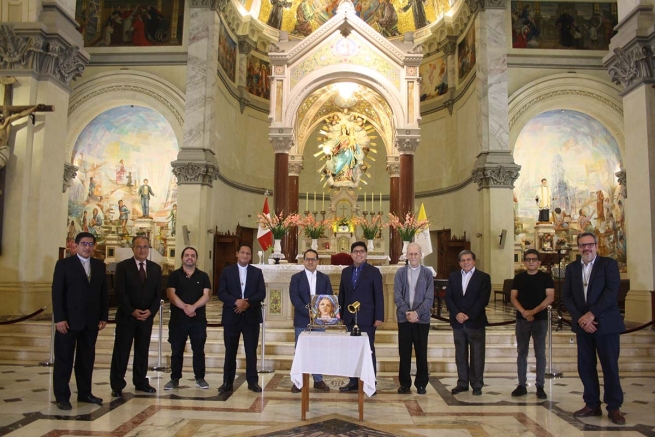 (ANS - Lima) - The book produced for the centenary of the Basilica of Mary Help of Christians in Lima (1921-2021) has won the "Premio Luces", the most important prize of art, culture and entertainment at the national level, in the category "Best Special Edition". This makes it the most important book of its kind published in Peru in 2021.

The Salesians of Peru began working on the publication of this book, published by Editorial Salesiana of Perú, back in 2015, as the Basilica's restoration work was nearing completion and its centennial was approaching. Its 402 pages, divided into 8 chapters, were then presented on July 30, 2021, the central day of the temple's centennial.

On Sunday, January 9, 2022, the newspaper "El Comercio" announced the book as one of the candidates for the award. Five weeks later, on February 13, it published the list of winners in its print edition; and the trophy was finally presented to the Provincial of Peru, Fr Manuel Cayo, and to historian David Franco, representing all the Salesians in the country.

As the Rector Major, Fr Ángel Fernández Artime, wrote in the presentation of the text: "It is one hundred years since the presence of the Shrine-Basilica of Mary Help of Christians in Peru. This publication is also a fitting tribute to all those who have made possible the spread of devotion to our Mother Help of Christians, and the construction and restoration of this Basilica."