Belgium – Fred, Leo, and Nilesh's choice: for the Lord, for youth, forever 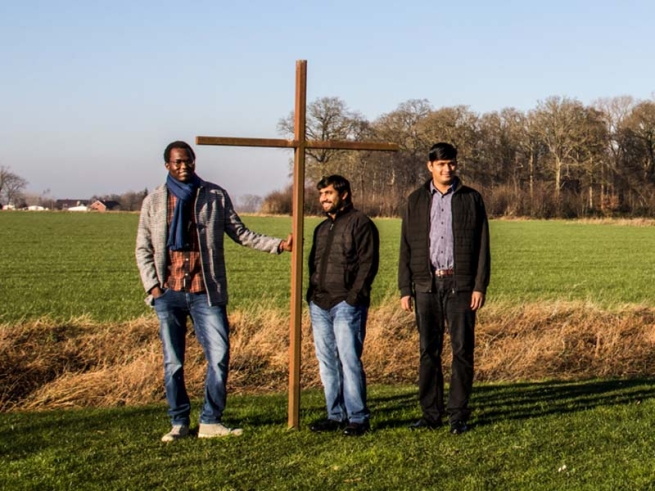 In the upcoming edition of the Dutch magazine ‘Don Bosco magazine’, the three young missionaries will talk about the decision they made, but even now they are taking some time to explain why they chose this life. “During our preparation, we had plenty of time to think about the choice we would make. We now want to make our contribution in a Salesian way for the Church, society and the world.”

A society in which faith is increasingly in danger of being relegated to the background. “Disagree,” says Fred. “I see the role of the Church differently than the role of religious. Faith remains necessary in our society, but not in the structured way it used to be. Young people are still looking for spirituality and a spiritual life, but it is a challenge to find in what way we can still offer this religious aspect to young people. We need to link that to the needs of today, without getting attached to the traditional way of the past. As young Salesians, we need to be involved with young people and also reflect with them on the role of faith in society.”

Something Leo and Nilesh agree on. “The life of faith evolves, you can see that in the history of the Church,” they add. “We have to be patient and wait and see. The faith is not disappearing, but taking different forms. We now have to see how to respond to the needs. That is a process. The faith remains the same, but the way of looking at it changes.”