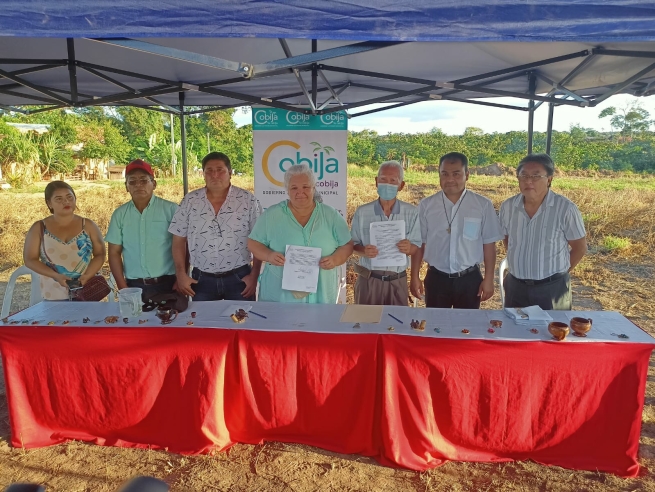 (ANS - Cobija) - Last April 12, 2022, on the occasion of the celebration of the Day of the Bolivian Child, a symbolic act took place that marked the beginning of the consolidation of the Salesian presence in Cobija, in the Department of Pando, on the northern border with Brazil. The ceremony was attended by the government authorities of the municipality along with Salesian authorities, led by the Provincial of Bolivia, Fr Líder Justiniano.

Cobija, the capital of Pando, is the smallest of Bolivia’s nine departmental capitals and among them the most remote and "forgotten". Founded on February 9, 1906, today Cobija is a city in full growth: taking as reference the 1976 census, when it had a population of 4,800, it has doubled its population every 10 years and projections for the next census, which will be conducted in this 2022, estimate about 70,000 inhabitants. This growth is the result of migrations from the Bolivian plateau (La Paz, Oruro, Cochabamba) and from the neighboring department of Beni, along with the growth of its own demographic development and the migration of native populations from local indigenous communities.

The problems to which the Salesians want to pay attention by establishing themselves in that area are very complex: in fact, there is a reality that sees the coexistence of multiple cultures, a limited religious formation of the population, and the virtual absence of stable and well-established families, in addition to low economic levels and a mediocre educational system.

In short, one would say it is a reality made for the Salesians, who have always been dedicated to the neediest people.

"Now, through our presence, we want to offer children and young people a meeting place with a family atmosphere, where we can give them services of school support and human formation. Faced with this situation, we Salesians dream, we just want to be bearers of God's love to these young people so far forgotten; this stimulates and motivates us to give ourselves: we feel that it’s worth it," say the Sons of Don Bosco.