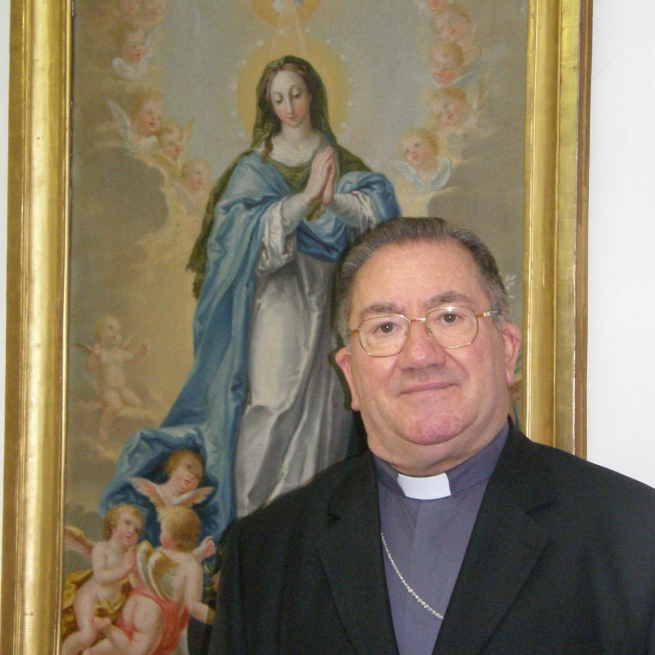 (ANS ­– Vitoria) – In the night of August 9th, Msgr. Miguel Asurmendi, SDB, Bishop emeritus of Vitoria, passed away in his house in Pamplona, due to a heart attack. He was 76.

Msgr. Asurmendi began his first university studies in 1960, when he also commenced his studies at the Salesian Seminary of Barcelona. He was ordained a priest on March 5th, 1967; in 1968 he worked as piano teacher at the Conservatorium of Valencia and in 1969 he went to Italy, where he got his Ph.D. in Philosophy at the Salesian Pontifical University in Rome.

From 1972 to 1978 he served as Rector of the Salesian Vocational School in Saragozza, and from 1975 to 1978 also as regional Delegate of the Spanish Federation of Religious People for Education. From 1978 to 1983 he covered the role of Director of the Philosophate in Valencia and between 1980 and 1983 he was Secretary of the Spanish Conference of Religious People in Valencia.

In 1983 he was appointed Provincial of Valencia, a task he covered till 1990, when Pope John Paul II appointed him Bishop of Tarazona. In 1995 he was destined to the diocese of Vitoria, where he exerted his episcopal ministry till last March.

On March 5th he took leave from the faithful of his diocese in the course of a crowded Mass in the New Cathedral. During the celebration, mention was made of the main phases of the diocesan life under the ministry of Msgr. Asurmendi, such as – among others – the reopening of the Old Cathedral, the insertion of women in positions of responsibility in the diocese and the beatification od Fr. Pedro Asua Mendia.

His funeral will take place today, August 11th, in the Old Cathedral of Vitoria-Gasteiz.

“I believed in the value of formation of the youth, that part of human society which is so exposed and yet so rich in promise,” wrote Msgr. Asurmendi in the Salesian Bulletin. His life was always a gift of trust in the youth.