Poland – After two years of the pandemic, together again: "Savionalia 2022" 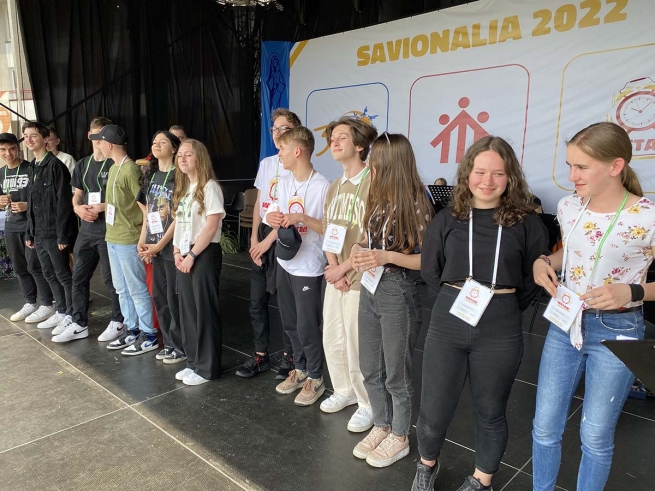 (ANS - Krakow) - From 6 to 8 May, in honor of St. Dominic Savio, a new edition of "Savionalia" was held, the feast of the young people of the Poland-Krakow Province (PLS). The appointment represented an opportunity for rebirth for this kind of provincial youth initiatives, after the time of the pandemic, as well as a glimmer of light and celebration at a time when Salesians and young people from all over the country feel the pain and suffering of Ukrainian refugees fleeing the war.

“On Friday, 6 May, the silence of the Salesian formation house was broken by the energy and life of the young people of our oratories. It was a beautiful moment when, after two years of absence, the young people were able to meet and demonstrate that they were in the right place and at the right time,” testified the cleric Jakub Piątkowski, SDB, one of the Salesians of the Theological Studentate in Krakow.

After the first day, Friday, dedicated above all to welcome, greetings, and moments to get together, the official opening of Savionalia 2022 was fulfilled the following day, with welcome messages from veterans and precursors of this event - Fr Andrzej Gołębiowski, Fr Andrzej Król, and Fr Andrzej Policht - who expressed in various ways the motto that offered the guiding theme of the meeting: "Get up!".

The following activities were characterized by dynamism: one of the highlights of the program, in addition to the group work and the spiritual conferences on the subject, were the presentations of the various works created by the young people who attend them, all in the name of creativity.

Then the "Dominic Tournament" took place, which through various competitions gave away a voucher of 1,000 zlotys to be used to support the travel expenses to the World Youth Day in Lisbon 2023, finally won by the team from Oświęcim!

The central act was the evening party on Saturday night, which saw various youth artists alternate on the stage, and finally the star of the evening, the Christian rapper Arkadio, who tries to convey values ​​and faith in God through his lyrics. Everyone was pleasantly impressed by his songs and even more by his “freestyle” performances, based on the themes suggested by the participants. And after the concerts, the evening ended with a music and light show that completed the party with a further touch of joy.

Obviously, the spiritual dimension could not be missing on this Provincial Youth Feast. “Young people have had many opportunities to grow in prayer. The Friday evening Eucharistic adoration showed all of us that young people need some time to be alone with God. The long lines at confessionals and individual blessings were proof of this. Furthermore, every day began and ended with prayers animated by the various oratories, and the focus of each day has always been the Mass,” continues the young cleric in his account.

The culmination of the whole event was, in fact, the Mass on Sunday 8 May, during which the volunteers of the Salesian Missionary Volunteer Service received missionary crosses before leaving for the various countries to announce the Good News.