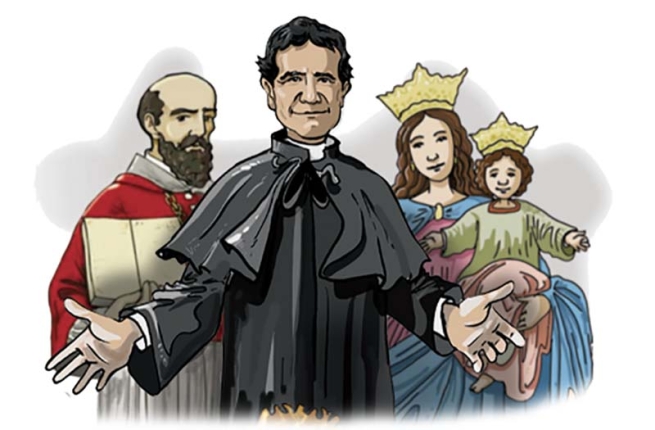 (ANS - Rome) - With the month of May, all Salesian houses dress up to celebrate Mary Help of Christians, and all members of the Salesian Family prepare to renew their love and devotion to the Virgin according to the title so beloved by Don Bosco. This year the situation allows for greater mobility between countries, and this will allow the Salesian Motherhouse in Turin-Valdocco, to be able to host the appointment of the Consulta, or World Council, of the Salesian Family (20-22 May) as a meeting in attendance, after two years of it being held online.

The preparatory work for this meeting has already been going on for some months, which aims to strengthen the bonds of charismatic communion, renew the Salesian identity and prepare for the feast day of the Mother of the Salesian Family.

- What elements of “Salesianity” characterize the Constitutions-Regulations of your group, of your identity, of your life and mission?

- How is the practice of "goodness" characterized in the life and pastoral-educational action of the members of your group?

The work of the Consulta will officially begin tomorrow, Friday 20: at the opening, after the time of the Eucharist and Community Lauds, there will be greetings from the Rector Major, a presentation of the participants, and sharing of the life of each group. In the afternoon, after the words of greetings of the Rector Major to the online participants (Major Superiors unable to attend), there will be the first session of group work around the first thematic nucleus (the elements of the spirituality of St. Francis de Sales that characterize the Constitutions/Statutes of the own Group to which they belong). This will be followed by a time of dialogue with Fr Morand Wirth, SDB, on the spirituality of St. Francis de Sales.

On Saturday, May 21, the Consulta participants will first have the opportunity to visit the exhibition "Francis de Sales 400," with the guidance of Fr Christian Besso, SDB, who is one of its curators; then, they will dialogue in groups on the second core discussion: "The practice of 'goodness' and 'visitation' in educational-pastoral action in response to new poverty and emergencies." In the afternoon there will still be time for a visit to the Casa Don Bosco House Museum in Valdocco and talks with Fr Wirth on the theme "The pedagogy of goodness and the challenge of visitation." The day will conclude with a time of fraternity.

Finally, Sunday, May 22, will see all participants united in the Sunday Eucharist presided over in the Basilica of Mary Help of Christians by the Rector Major, and will then be completed with a time of sharing among all, useful for gathering feedback and suggestions, and the final words of the 10th Successor of Don Bosco.