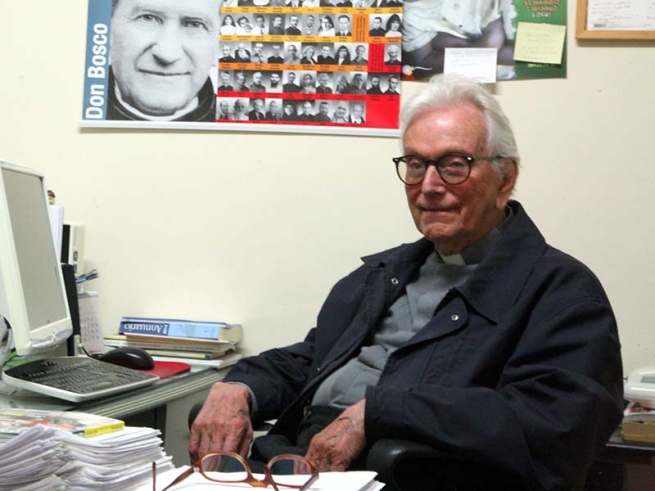 (ANS - Potenza) - Fr Bruno Bertolazzi, aged 101, 75 of Salesian life, and 70 as a priest, reached the Father's House last Thursday, May 19, after a long existence lived entirely in the service of Don Bosco's mission and the Church. "A great Salesian not only to be admired but to be imitated," Fr Angelo Santorsola, Provincial of Southern Italy (IME), wrote in announcing his death.

"A free man, a lover of life, always eager to discover new things, in love with Jesus and Don Bosco, attentive to the young people most in need, and a vocational animator par excellence through his daily testimony, Father Bruno was until his last breath an authentic witness to the resurrection, a lover of life, proud of his love story with Jesus and Don Bosco," the Provincial added.

To learn more about him, you can review today the article republished by ANS on the occasion of his 100th birthday and an interview given on the same occasion.