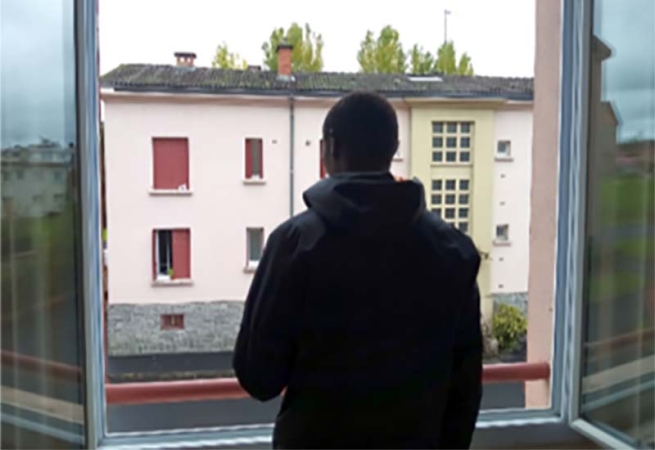 (ANS - Tulle) - Within the «Don Bosco Action Sociale» network of Salesian works and bodies, promoted by the Salesian Province of France and Southern Belgium (FRB), nearly a thousand migrant minors, known as unaccompanied minors, are currently housed, welcomed, and accompanied. The Don Bosco Institute, headquartered in Gradignan, Department of Gironde, is the Salesian house that contributes most to this reception and has several branches, including one in Tulle, where an interesting project for the social insertion of these youngsters has been set up.

In fact, the Don Bosco Institute, which is responsible for supporting unaccompanied minors, has created a system of sponsorship for young migrants, whether they are minors or just coming of age, to facilitate their integration in the territory. The project, launched last fall by the Tulle office, is very evocatively named, "A Godfather for Tomorrow."

The Institute has for several years been running a reception platform for unaccompanied minors, supported financially by the Department of Corrèze. It currently hosts about sixty young migrants from Bangladesh, Pakistan, Mali, Guinea, and other countries, who have settled in Tulle and Brive.

To facilitate their integration, the Institute has devised a patronage system based on a unique proposal, which leverages recreational, sports, or cultural activities. "The children's godparents or godmothers engage with their godchildren to share a moment of the day, related to sports, art, and culture. And we try to make sure that it is some activity that is already present and habitual in the godparents' lives so that they don't have to add a new commitment," explains Ségolène Girardet, responsible for carrying out this mission.

"It is very simple. It involves offering them an activity to do together two to four times a month. Provided they agree, of course! It's not like it's cultural military service!" jokes Marie-Andrée, a retired woman who is very involved in local life, but who nevertheless takes her role as godmother very seriously with regard to Abdoulie and Mamadou, whom, for example, she often accompanies to the movies.

For Mamadou, having someone to accompany him in this radically new phase of his life is something precious: "When one arrives from abroad, without having parents next to him, the relationship with our godmother actually represents our mother," he says.

Aïcha, on the other hand, is the godmother of Samuel, who has just turned 18 but has not yet settled well into the social fabric. "I don't like being alone all the time, and I think it's nice, instead, to have someone to talk to, to compare notes with," the young man testifies, during a bowling game, he went to together with his godmother, her children, and a friend.

"If he needs something, he lets me know and I go get him. Otherwise, we each go on with our own lives. I have no specific obligations, it's about spending good time together," Aïcha further explains.

Currently, five sponsorship relationships have already materialized, but the Don Bosco Institute hopes to create many more: about 30 children are waiting to find their godparents.

For more information, you can write to: This email address is being protected from spambots. You need JavaScript enabled to view it.