Mexico – Two Jesuits and another man killed in a church 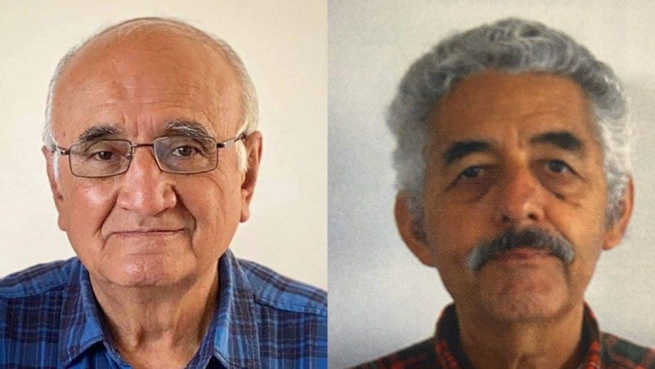 (ANS - Cerocahui) - Two Jesuit priests, Father Javier Campos and Father Joaquín Mora, were killed Monday, June 20, in Mexico, along with a third man. The news comes amid a scenario of profound violence that the country is experiencing. The triple murder took place in the church in Cerocahui, a village in the Sierra Tarahumara mountain range in the northern state of Chihuahua.

According to initial reconstructions, one man, pursued by other gunmen, reportedly tried to take refuge in the parish. Father Campos and Father Mora tried to protect him. An armed person then burst into the church and opened fire. The two religious men and the man who had taken refuge in the church, whose identity has not yet been revealed, were killed. The gunmen spared the life of a third priest who was in the church but refused his pleas to leave the bodies of his two confreres, according to Narce Santibañez, Jesuit Communications Officer in Mexico.

Father Arturo Sosa Abascal, Provost General of the Society of Jesus, said he was deeply "shocked and saddened" by what happened in Mexico, and expressed his sympathy with his confreres in Mexico and the families of the victims. An appeal also comes from Father Sosa: "Stop the violence in our world and so much unnecessary suffering."

The Jesuit Provincial in Mexico, Father Luis Gerardo Moro Madrid, issued a statement in which he stressed that he is working with federal and state authorities to ensure the safety of the other members of the community - Esteban Cornejo, Jesús Reyes, and Jesús Zaglul - and the parish's pastoral team. "We publicly condemn this tragedy and call for a prompt investigation and the safety of the community," it further reads. "We will keep you informed of the next actions that we, as the Mexican Jesuit Province, will take.

A statement released by the Mexican Province of the Society of Jesus also points out that "the Sierra Tarahumara, like many other regions of the country, suffers conditions of violence and oblivion that remain unchanged. Every day, women and men are arbitrarily deprived of their lives, as happened to our confreres."

The Jesuits of Mexico demand justice for the victims and the return of the priests' bodies.