RMG – "AS THE YEAST IN TODAY'S HUMAN FAMILY. The lay dimension in the family of Don Bosco." Strenna 2023 title and guidelines presented 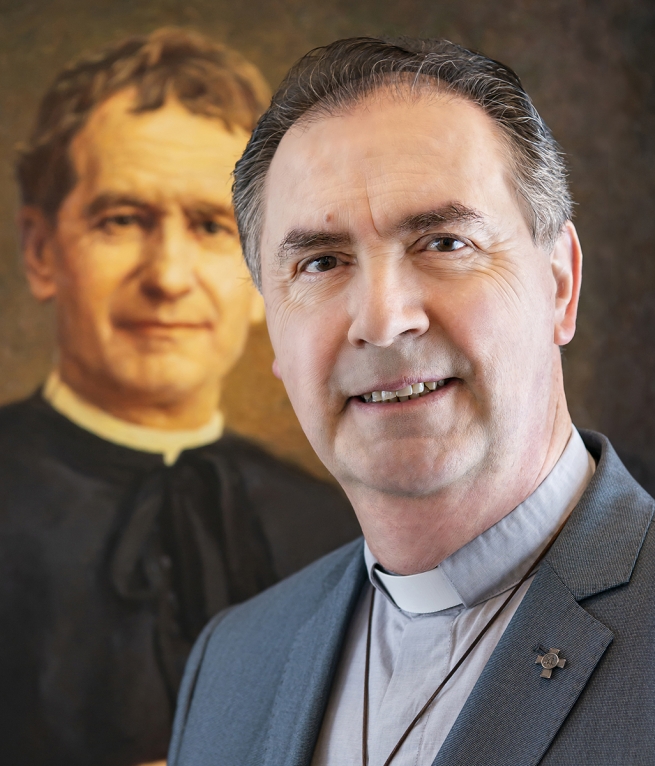 (ANS - Rome) - The Rector Major of the Salesians Fr. Ángel Fernández Artime, who is the Father and Center of Unity of the Salesian Family, after a phase of consultation and discernment with the Salesian Family Leaders, experts and members of the General Council, today unveiled the theme and guidelines of his Strenna message for 2023: "AS THE YEAST IN TODAY'S HUMAN FAMILY. The lay dimension in the Family of Don Bosco."

In his presentation, Fr. Á.F. Artime immediately specifies that this Strenna will have two target groups: not only all groups of the Salesian Family but also "young children, adolescents and older youth wherever Don Bosco’s Family is to be found in the world," because, he explains, "in the light of what most characterizes our pedagogy and spirituality, we intend to help children, especially adolescents and young people, to discover that each of them can be like the leaven of which Jesus speaks."

At the same time, “for Don Bosco’s Family it aims at being a clear and thought-provoking message directed to discovering the lay dimension”; and specifically for consecrated members of the Salesian Family, it is an invitation to be "leaven in the dough of the bread of humanity" and "to live alongside one another, allowing ourselves to be enriched by evangelical secularity."

Leaven, an element also used metaphorically by Jesus to present the Kingdom of God to the apostles, is "the only living ingredient," that element that is used in small quantities but that "has the ability to influence, condition and transform the whole batch of dough," says the Rector Major.

This is why the text proposes that every member of the Salesian Family and young people should be leaven in the world, spreading the Word and the Kingdom of God just as leaven transforms the dough of bread.

The Rector Major's reflection also draws attention to the importance of the work of the laity in the works of the Salesian Congregation, recalling that "well over 99 percent of the Church is formed by lay people... Imagine how the proportion increases if we consider and embrace the whole world: the laity are the dough as well as the leaven of the Kingdom."

The full text with the initial guidelines for the Rector Major's Strenna message for 2023 is available in Italian, English, Spanish, Portoguese and French, at the bottom of the page.