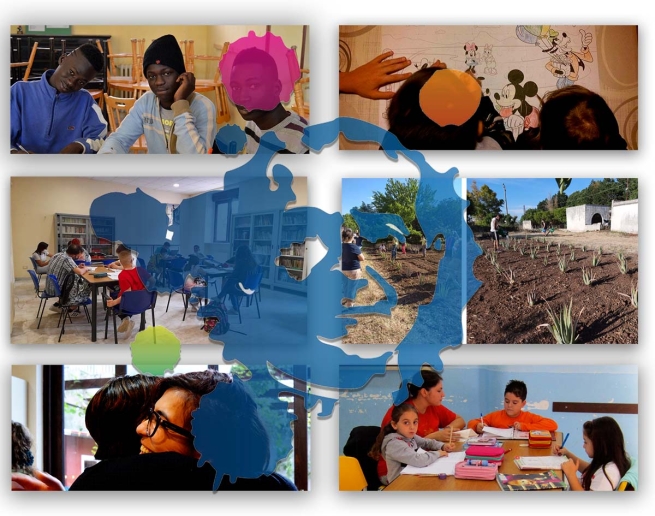 (ANS - Rome) - In the countless Salesian realities of Italy, the fight against educational poverty and inequality is a commitment that is carried out daily, with enthusiasm and perseverance, and often without much of a fuss. Yet, silently, thanks to the contribution of so many volunteers, supporters, and benefactors, and with the collaboration of businesses, institutions and the third sector, the Sons of Don Bosco continue to work for the happiness of young people, especially those who have received less from life.

There are indeed many good initiatives accomplished in the name of Don Bosco. Before the summer break, the president of Salesians for the Social APS, Fr. Francesco Preite, went over some of those accomplished in recent months.

"Without your help, we could not do anything," Fr. Preite began in a letter sent to the association's supporters. "Yet, together, what has been done is really a lot, especially for the lives of those who have been welcomed, accompanied, transformed by the Salesian presence in the country.

There was the reception of Afghan families who had fled war and persecution and are now housed at Salesian social works in Macerata, Prato, Frascati, and Turin.

The grim international war calendar imposed another refugee emergency a few months later, but on this occasion, too, the Salesians stood ready. Here, then, was a new wave of generosity and solidarity for Ukrainian minors and families. They also know something of this in Gorizia, on Italy's northeastern border, where the Salesian community has seen an increase in the flow of minors crossing the border seeking the warmth of a family, and who have found many educators and Salesians ready to support them.

Other activities have been unrelated to major geopolitical events, but in their respective local contexts, they have generated hope and a future. In Livorno, it was possible to renovate the rooms of the daycare center and thus make it possible to continue the educational paths. While in Santa Severa, on the Lazio coast, and Sassari in Sardegna, important maintenance and redevelopment works are still underway in their respective family homes. Although the interventions have yet to be completed, much has already been done and the minors hosted by the Salesians - boys and girls with family, psychological and social problems, learning difficulties, or at risk of deviance - can already perceive around them the attention of those who put their safety and well-being first.

In Turin, various initiatives have been carried out for the people of the working-class district of San Salvario, with an extraordinary enveloping capacity for care and support. In Foggia, in the Candelaro neighborhood, the "Sacro Cuore" oratory continues to offer educational paths to young people oppressed by the insidious and creeping presence of organized crime.

In Corigliano d'Otranto, in the province of Lecce, on the other hand, the "Aloe for future" project, conceived and supported by the local company "N&B," has sprung up. Young people from the Salesian community for minors with personal and family hardship situations are involved in the organic cultivation of aloe (the first step of the project) and then they will be involved in the extraction and processing phase until they reach the creation of a new innovative, 100% natural product dedicated to the community. They will work as a team to create an exclusive brand that will talk about these boys and girls and their energy, and narrate this experience.

Following this, through social channels and online sales, the educational community will engage with the youths in conveying and promoting the brand with end customers, setting in motion a truly innovative startup in the sector."

Faced with such and so many examples of Salesian charism in action, Fr. Preite concludes by quoting the words Don Bosco used to address his benefactors, "Without your charity, I could have done little or nothing; with your charity, we have instead cooperated with the grace of God to dry many tears and save many souls."