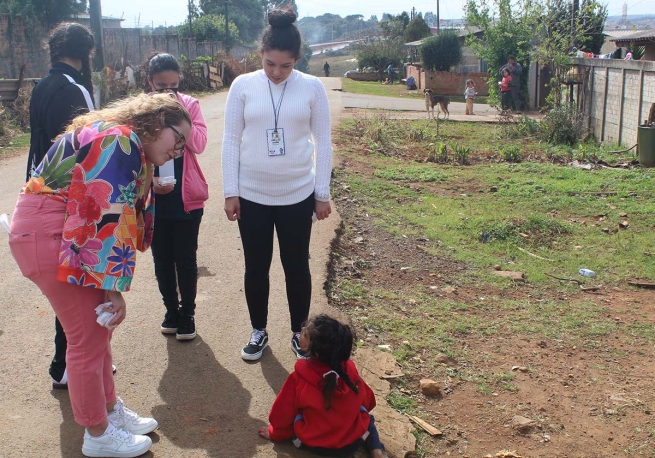 (ANS - Porto Alegre) - Among the many Salesian entities that took advantage of the weeks of July to organize youth missionary expeditions there is also the "St. Pius X" Province of Brazil-Porto Alegre (BPA). As such, the Salesian presences of Guarapuava (State of Paraná), Rio do Sul (State of Santa Catarina) and Porto Alegre, Viamão, Santa Rosa, and Rio Grande (State of Rio Grande do Sul) have become mission lands for about 340 people, including teenagers, religious, leaders, and organizers.

Coordinated by the Youth Mission Animation (AMJ, in Portuguese), a missionary volunteer project with teenagers from the BPA Province, the large team of "missionaries," divided into smaller groups, visited as many as 1,631 families in different stages during the period July 10-27, bringing them enthusiasm, joy and a witness of Christian life.

"We were very happy to have been able to give dynamism to this project of ours and to carry it out in presence, since for the last two years, due to the pandemic, we had been able to carry it out exclusively online. It was very nice to be together, to share life, dreams and above all to have a good experience of Salesian missionary volunteerism," testified Fr. Sérgio Ramos de Souza SDB, Provincial Delegate for Salesian Youth Ministry. In addition to the visits, the mission weeks featured prayer, workshops, oratory activities, and vocational accompaniment.