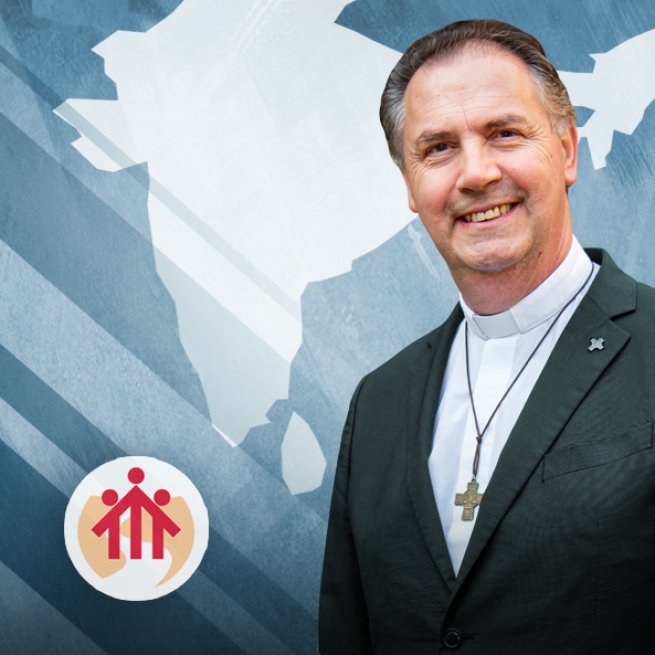 (ANS - Rome) - Beginning tomorrow afternoon, Wednesday, Sept. 7, and continuing until next Tuesday, Sept. 13, the Provincial Superiors of the 11 Salesian Provinces of India and the Vice Province of Sri Lanka, together with the members of their Provincial Councils and the Councillor for the South Asia Region, Fr. Michael Biju, for a total of 96 people, will be gathered at the Center for Spiritual Retreats "St. Joseph Vaz" in Panjim, Goa State, India, to experience together the Spiritual Exercises preached by the Rector Major, Fr. Ángel Fernández Artime.

It is a moment of profound unity and sharing for the entire Region, which is huddling around the 10th Successor of Don Bosco to receive from him insights and orientations to carry forward the roadmap envisaged by the 28th General Chapter.

In fact, this week's activities include several lectures given by Fr. Á.F. Artime on the first of the eight program guidelines delivered after GC28, thus pertaining to the promotion and preservation of Salesian identity. To complete the work there will then be four dialogue meetings between the Rector Major and the assembly on topics of animation and governance of the Congregation.

As is typical of these gatherings, times for shared spirituality and fraternity, characteristic of every Salesian gathering, will also be essential.

At the end of the Spiritual Exercises, on Sept. 14 and 15, the Rector Major will lead the Conference of Major Superiors of the Salesian Family present in South Asia. The meeting, which is usually held every two years, did not take place in 2020 due to the Covid-19 pandemic, and is aimed at creating familiarity among members of the Salesian Family, fostering understanding of each group's charism, and developing a common intervention on behalf of young people.

As part of this meeting, in the morning of Wednesday 14, the Rector Major will preside at Mass with all those present - 35 people - and then inaugurate the new "Don Bosco South Asia" website; he will then have talks and a moment of interaction with members of the assembly.

The program, which will also take place at the "Joseph Vaz" center, will conclude on the morning of the 15th with a solemn Eucharist presided over by Regional Councilor Fr. Biju Michael.

This will be followed by the meeting of the Conference of Salesian Provincials of South Asia on September 15 and 16, 2022.

The preaching of the Spiritual Exercises to the Provincials and Provincial Councilors of the various Salesian Regions by the Rector Major thus reaches its sixth and penultimate stage at the global level, after the appointments made in November 2021, in Turin, with the Superiors of the Mediterranean Region; with those of Interamerica, in Ecuador; of South Cone America, in the Province of Brazil-Porto Alegre; and of Africa-Madagascar, in Cameroon, between last February and March; and with those of East Asia-Oceania, last May, in Thailand.

Still on the agenda remains the meeting with the Superiors of Central and Northern Europe, again in Turin-Valdocco, scheduled for November.

According to the latest available data, those as of Dec. 31, 2021, the South Asia region is the most populous in the congregation, with 2940 professed Salesians and 102 novices. There are a total of 404 Salesian houses in the region, consisting of the Indian and Sri Lankan nations: 333 canonically erected and 71 presences.