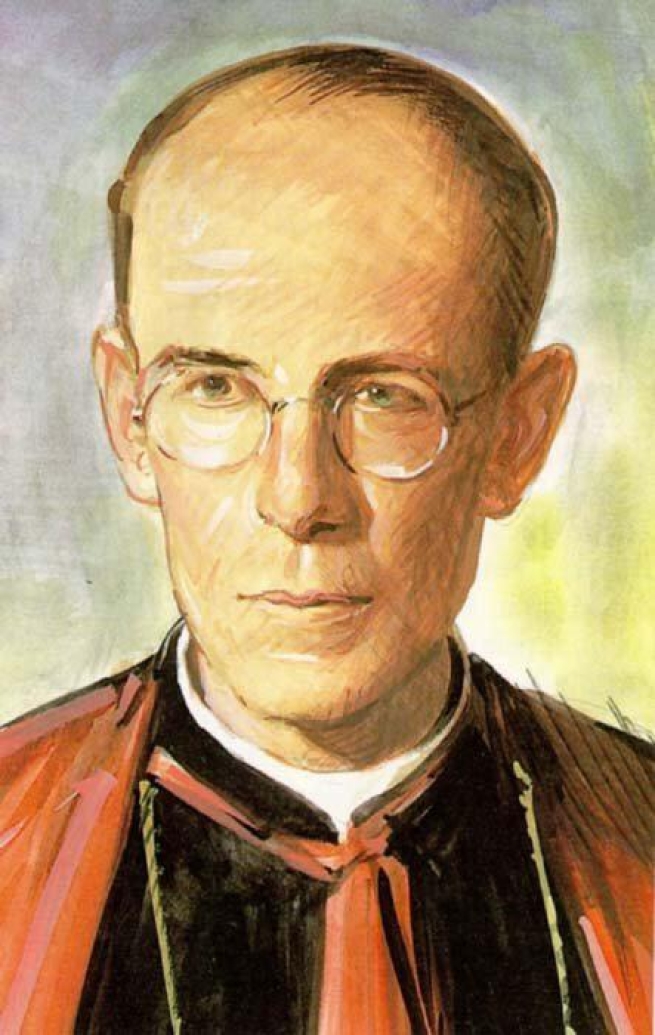 (ANS - Vatican City) - On Tuesday, Nov. 8, 2022, during the peculiar Congress of Theological Consultors at the Dicastery for the Causes of Saints, a positive opinion was unanimously given regarding the heroic exercise of virtues, the reputation for holiness and signs of the Servant of God Antonio De Almeida Lustosa, Archbishop of Fortaleza. The Positio had Msgr. Maurizio Tagliaferri as Rapporteur, Fr. Pierluigi Cameroni, SDB, as Postulator, and Dr. Cristiana Marinelli as Collaborator.

It is a very important step in the process of Beatification and Canonization, greeted with joy in the Salesian Province of Recife and in the Archdiocese of Fortaleza, where Msgr. Lustosa spent 22 of his 40 years of episcopal ministry and where the Diocesan Commission for the promotion of the Cause of the Servant of God is active.

"A figure of a bishop whose pastoral action in the four dioceses he led was particularly incisive," commented Fr. Pierluigi Cameroni, Postulator General of the Causes of the Saints of the Salesian Family. "His apostolic zeal generated a series of works and foundations, which accomplished so much good for the people and the faithful. Appreciated for his unwavering commitment to forming a mature and responsible Catholic laity, he is also remembered for his asceticism, for living poorly, for being an authentic man of God and an admirable man of prayer, humble, dedicated to penance and welcoming to all, especially those most in need."

Servant of God Antônio de Almeida Lustosa was born on February 11, 1886, to a middle-class peasant family in São João del Rei, in the Brazilian state of Minas Gerais. From his parents, he learned the spirit of sacrifice and the value of work. The Salesians had opened the Don Bosco boarding school in Cachoeira do Campo a few years earlier, and Antônio entered at age 16. Two years later he decided to become a Salesian. He distinguished himself for his intellectual acuity and commitment to religious life. At the age of 26, he was ordained a priest. He was chosen as Novice Master, then Rector at Lavrinhas, in charge of the formation of Salesian aspirants and students of philosophy and theology. Besides teaching, he trained numerous clerics in the Salesian apostolate, animating nearby parishes and oratories with their help.

In 1925 he was elected bishop of Uberaba. He found the seminary there practically empty, but after a year he had about 30 seminarians around him. He took care of the marginalized, making the urgency of social justice his own. After less than four years, he was transferred to Corumbá in Mato Grosso, a larger location with greater difficulties for evangelization. Just two years there, and he was appointed Archbishop of Belém do Pará, an immense diocese in the Northern Region of Brazil. He remained there for ten years, distinguishing himself for his usual generosity.

In 1941 he was transferred to the important see of Fortaleza. Here he gave his best during his 22-year stay, living intensely the "Da mihi animas" of Don Bosco. Convinced that the first evangelization is to restore dignity to the poorest individuals and families, he founded clinics, the "St. Joseph" Hospital, free working-class schools and workers' clubs. He inaugurated the "Poor Man's Soup" and the Social Services of the Archdiocese. Never forgetting the care of souls: he started the Pre-seminary, the "Our Lady of Fatima" Shrine, and the "Assumption Cearense" Radio Station. To assist peasant families he founded the Congregation of the "Giuseppine".

The Servant of God was a prolific writer in a wide variety of fields: theology, philosophy, spirituality, hagiography, literature, geology, and botany. He was also highly regarded in the artistic field: his are the stained-glass windows of Fortaleza Cathedral.

In 1963 he retired to the Salesian House in Carpina, where he spent the last eleven years of his life and where he died on August 14, 1974. His body rests in Fortaleza Cathedral.

Now the Positio will be studied by the Cardinals and Bishops of the Congregation for the Causes of Saints: these articulated stages of study and evaluation will allow the Supreme Pontiff, in case of a positive outcome, to declare Msgr. Antonio De Almeida Lustosa "Venerable Servant of God." A miracle attributed to his intercession will then be needed to open the way to Beatification.