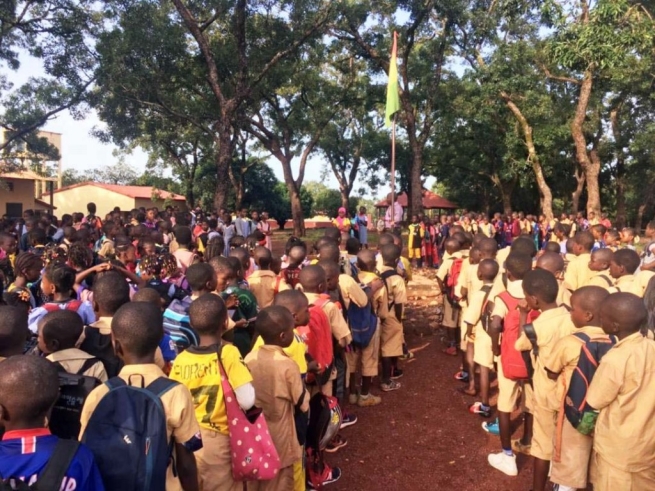 (ANS - Conakry) - September 5, 2021, for Guineans was the day a coup deposed the first president to be the expression of free elections. It had been 11 years since his rise to power, a period during which promises and hopes for reform and greater freedom were gradually and ineluctably belied by the facts.

In Guinea Conakry, which has a population of about 12 million, most people live by the day, a subsistence economy that is not touched by the revenues derived from the natural resources in which this nation is rich. The country has the world's largest deposit of bauxite, a mineral essential for aluminum production.

A particularly difficult world economic situation due to the pandemic has been compounded by the aftermath of the war in Ukraine and sanctions on Russia. The price of oil, bauxite, and grain has skyrocketed, and the poorest countries, among which we can, unfortunately, include Guinea Conakry, are paying the consequences dramatically. In addition, the country's political instability does not provide guarantees to those rich countries that have decided to invest in Africa, primarily China, the leading importer of bauxite from Guinea.

Conakry, Guinea's capital, presents itself as a cosmopolitan city that welcomes families, children, and young people from all regions of the country. The economic activities developed in the capital revolve around fishing and trade, but most people do odd jobs that yield very little in economic terms.

After school, children and young people mainly engage their time in informal trade to contribute to their family's needs: they sell handkerchiefs and food at traffic lights, polish shoes, and act as window cleaners, menial occupations that do not really improve their parents' economic condition. Education in Guinea Conakry is unfortunately not among the interests that the government cares most about, evidence of which is the fact that the educational performance of its students is at the bottom of the list as far as West Africa is concerned.

The first presence of the Salesians of Don Bosco in the country dates back to 1986, culminating in 2015 with the creation of the Saint Jean Bosco School Group. In Kankan they built the Don Bosco Vocational Training Center and in Siguiri they created a school complex where the most vulnerable children and youth are prioritized.

The Saint Jean Bosco - Conakry School Group accommodates about 370 students. The elementary school was established in October 2021 to improve the academic level of children, especially those with learning difficulties. The school has grown rapidly in terms of the number of students and the quality of education offered. Ninety percent of the children attending the school come from modest families, and Don Bosco Missions has already activated 39 scholarships for these little ones; now the desire is to support 23 more children starting in the 2022/23 school year. This is financial aid of a duration of 3 years, for children who are 5 to 9 years old and will attend the first three years of elementary school.

Long-distance adoptions are a tool that can make a difference because they allow families who benefit from them to send their children to school, where they also receive a meal and are cared for in a protected, finally child-friendly environment. The real challenge, given the very low level of schooling, is to create awareness among adults about how important it is to give their children an education, because while families lack economic resources, on the one hand, having the cultural tools is the key to being able to guarantee real opportunities for their children, the new generations that represent the future of the country.