RMG – Preventive System, foundation of Salesian education, turns 181: "Not with blows, but with kindness and charity" 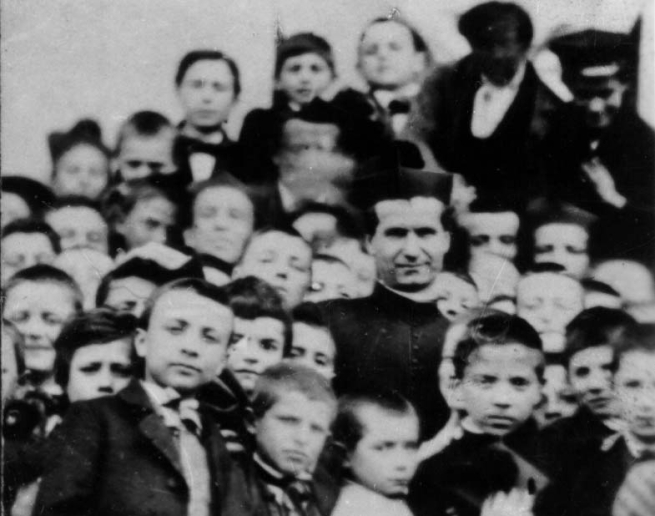 (ANS - Rome) - On Dec. 8, the Solemnity of the Immaculate Conception of Mary, the Salesians also celebrate the beginning of their educational and pastoral work under the leadership of Don Bosco. On that day in 1841, in fact, the founder of the Salesians met Bartolomeo Garelli in the sacristy of the church of St. Francis of Assisi in Turin: a meeting that marked the beginning of the Pious Society of St. Francis de Sales, founded on a deep devotion to the Virgin Mary and on a pedagogy aimed at taking the neediest minors off the street, under the banner of the indications that Don Bosco himself received in the 9-Year-Old Dream: "Not with blows, but with kindness and charity."

Don Bosco was preparing to celebrate Mass on Immaculate Conception Day when he saw the sacristan beating a young man because he said he was unable to serve at Mass. Don Bosco was moved and took care of the boy, who was an orphan and illiterate, and thanks to a simple phrase - "Can you whistle?" - a friendship was born.

With Bartolomeo Garelli, the founder of the Salesians began a new educational pedagogy that is still valid today. After Mass, they recited a Hail Mary together, and after the first catechism lesson, Don Bosco made the young man promise to return the following Sunday with other friends. Bartholomew kept his promise and returned a week later with a dozen other young men, almost all masons like himself.

That moment, Dec. 8, 1841, marked the beginning of Don Bosco's Preventive System; a pedagogy of education in which the goal was to take the neediest youngsters off the streets and teach them a trade, emphasizing their talents and abilities.

Devotion to the Immaculate Heart of Mary was always present in Don Bosco's life, even before Pope Pius IX proclaimed the dogma of the Immaculate Conception in 1854. So much so that he wanted to honor the Virgin he dreamed of at the age of 9 with two titles that have to do with his charism and his mission to the most disadvantaged young people: Immaculate and Help of Christians.

In his Biographical Memoirs, Don Bosco would later recall that "all the blessings that have rained down on us from heaven are the fruit of that first Hail Mary said with fervor and righteous intention" together with the young Bartolomeo Garelli. And on December 8 many years later, in 1885, the founder of the Salesians said, "For everything we will be indebted to Mary and all our greatest things began and were accomplished on the day of the Immaculate Conception."