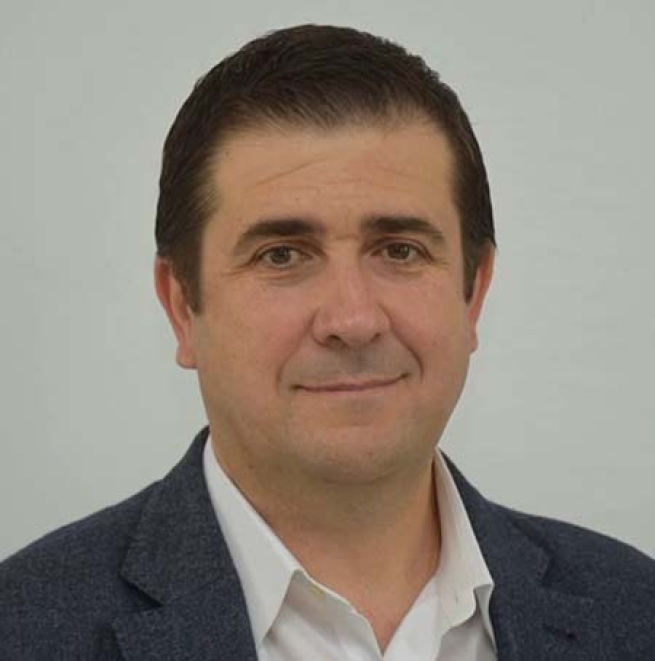 (ANS - Rome) - As part of the work of the General Council’s winter plenary session, the Rector Major of the Salesians, Fr. Ángel Fernández Artime, with the consensus of the other General Council members, appointed Fr. Fernando Miranda Ustero as the next Provincial Superior of the Salesian Province of Spain-Mary Help of Christians (SMX).

Currently Provincial Vicar, Fr. Fernando Miranda Ustero shall succeed Fr. Ángel Asurmendi in the post of Superior of the SMX Province, a Province that groups Salesian works in Andalusia, Aragon, the Balearic Islands, the Canary Islands, Catalonia, the Valencian Community, Extremadura and the Region of Murcia, and which has its headquarters in Seville.

Born in Zaragoza on July 28, 1969, Fr. Fernando Miranda Ustero was a student of the Salesian presence in the Aragonese capital, Zaragoza. He did his pre-novitiate in Alicante and his novitiate in Sanlúcar la Mayor between 1990 and 1991. He then did his post-novitiate in Valencia, finishing in 1993, his internship in Burriana between 1993 and 1996, and his Theological studies in Madrid-Carabanchel from 1996 to 2000.

He was ordained a priest in Elche and served immediately thereafter as Pastoral Coordinator and later as Director of the Youth Association "Gentjove." He studied Pastoral Theology in Madrid Atocha at the "Instituto de Pastoral," collaborating on weekends at the "Fiesta del Árbol" Youth Center in Albacete.

After obtaining a degree in Pastoral Theology, he took part in numerous training courses, the most recent of which was in the protection of minors, at the Theological Institute of Religious Life.

He was Pastoral Delegate of the then Valencia Province and Director of the Don Bosco School in Valencia (2005-2014). After the unification of the Provinces of Barcelona, Seville and Valencia into the current SMX Province in 2014, he was Director of the work in Burriana (2014-2017) and then Zaragoza (2017-2018). During this time, he was appointed as a member of the Provincial Council, serving as Provincial Vicar and Delegate for Formation.

The installation ceremony is scheduled for May and will take place at the Basilica of Mary Help of Christians in Seville.