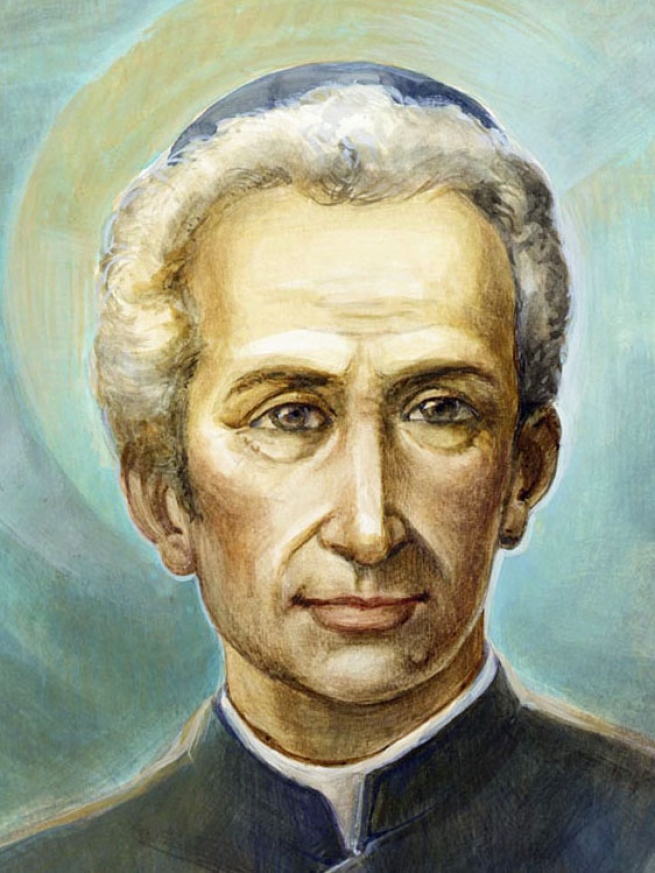 (ANS - Vatican City) – On Sunday 16 October Pope Francis added seven new witnesses to the catalogue of saints. Among them was St Lodovico Pavoni (1784-1849) from Brescia in Northern Italy. Lodovico Pavoni realized that the education of young people was the most urgent need of his time. The figure of Pavoni is of a saint who made a great impact by his work on behalf of youth and persons most in need of support (deaf, disabled, orphans, and the poor) while also contributing to the renewal of contemplative life. His story is very relevant in this jubilee year, because the founder of the Sons of Mary Immaculate was an authentic witness of God's mercy to the younger generation.

There are many reasons why Pavoni can be considered a precursor. Long before Don Bosco or Don Murialdo, Pavoni saw in the phenomenon of juvenile neglect one of the great dramas that characterized the age of transition between the old regime and industrialized society. He understood that the only way of redemption was through holistic education of the person. Religious education was his fundamental objective, but Pavoni saw professional training as the way that best covers all aspects of the person.

Pavoni was not an educator, but he had a real educational method which is characterized by an emphasis on prevention. There are many modern congregations that consider it a point of reference.

The centrality of the Christian faith, love for each person, the importance of work as an instrument of human and social development, clear rules within an organization but implemented as in a family, attention to personal relationship and recourse to reason rather than imposition – these are the components of a plan that aims to equip young people with the necessary tools to develop a balanced personality and to recognize their social role before the impact of the social situation drives them inexorably to the margins.

In the decree of 5 June 1947 Pope Pius XII described Pavoni as "another Philip Neri, the precursor of St John Bosco and the perfect emulator of St Joseph Cottolengo". This authoritative judgment has now received the most solemn approval and recognition with the canonization of St Lodovico Pavoni.