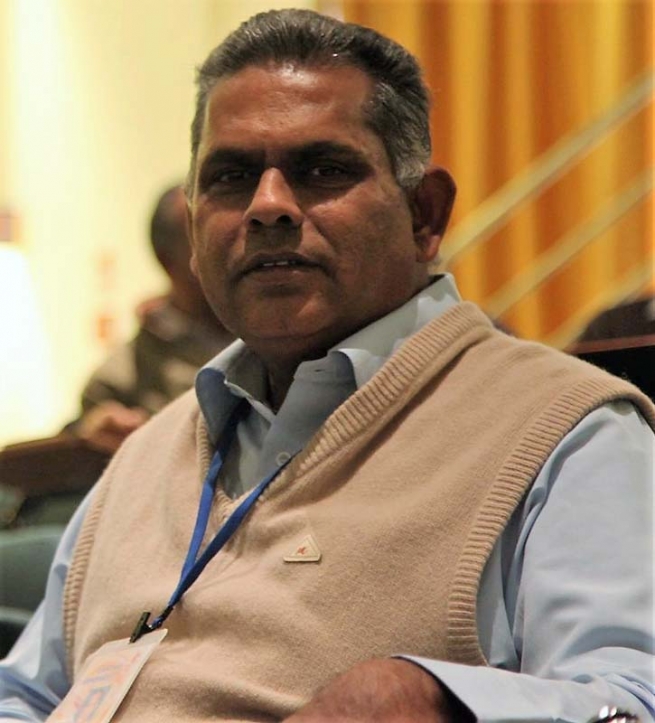 (ANS – Rome) – On 10th December 2016, the Rector Major, Fr. Ángel Fernández Artime SDB, with the consent of his Council, has nominated Rev. Fr. Antony Joseph SDB, 52, as the new provincial for the Province of “Annai Velankanni”, Tiruchy, India (INT) for the six-year period 2017-2023.

Fr. Antony Joseph comes from Thennur, a small village in Tamil Nadu, in the diocese of Kumbakonam. He was born on 23rd July 1964, to Mr. Perianayagam and Mrs. Lourdumary. After his schooling in Don Bosco Varadarajanpet, he joined the Salesians and made his first profession on 24th May 1983 at Kotagiri. After completing his initial formation, he was ordained a priest on 29th December 1996 at Madurai. He worked in various capacities in Chennai and Trichy provinces, and was Provincial Economer for 9 years from 2003 to 2011. At present he is the Rector and parish priest of Don Bosco, Pallithammam, which has a big school, boarding houses, parish, mission stations and a farm.

Fr. Antony Joseph is popularly known by the nickname “Anna”, which means elder brother. He holds a master’s degree in mathematics. He was a member of the recent 27th General Chapter in Rome, which he attended as the elected delegate of his province. Known for his fatherly kindness and administrative ability, he brings to his office a vast experience in various fields. He was also a pioneer missionary in the Sivakasi-Alangulam missions at the turn of the century.