Japan – Witnessing to the Gospel among Migrants: the Story of Fr. Higa 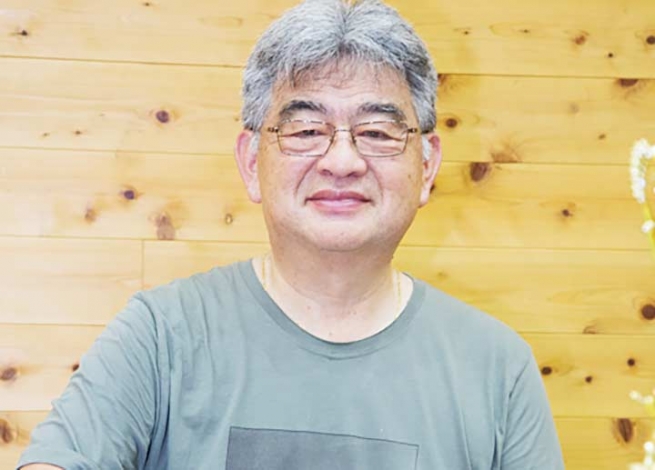 (ANS – Hamamatsu) – Fr. Evaristo Higa is a very committed and creative Brazilian Salesian missionary, the founder of the Salesian parish in Hamamatsu. During past 10 years the Hamamatsu intercultural parish community became a point of reference for the migrant ministry at diocesan and national level.

Fr. Evaristo Higa has been living in Hamamatsu city since 1993, trying to set up a significant mission of the large number of Brazilian-Japanese Catholic migrants in this industrial city of industries like Suzuki, Yamaha and many others. He started from scratch - living a simple life in an apartment close to the Brazilian migrant district, celebrating the Mass, attending to the needs of the migrants and their families, visiting prisons, collaborating with the Brazilian consulate. As a true Salesian 'factotum', he has been a front line missionary until 2001, when the parish was slowly entrusted to the Salesians; then in 2007 other Salesian confrères moved in and finally in 2010 the new pastoral centre, close to the parish, was blessed by Yokohama Bishop, Msgr. Raphael Umemura.

During the past 23 years the missionary presence of Fr. Higa brought many fruits. He seldom he returned to his home province of Sao Paolo in Brazil (BSP) to recharge his 'batteries'. Amidst various difficulties, Fr. Evaristo was looking for a possible successor. Finally since last February 2016 a young confrère from Timor Leste, Fr. Ambrosio Da Silva, is being prepared to take his place: after an initial period in Hamamatsu, he was sent to Brazil for an intensive Portuguese language and missionary course and after a few months of an intensive Japanese language course in Tokyo he will be assigned to Hamamatsu in 2017.

Especially the members of the volunteer group 'Esperanca' will miss their founder on their weekly Saturday night service to the Hamamatsu homeless people!