VATICAN - Presentation of the film "The 26 martyrs of Japan" 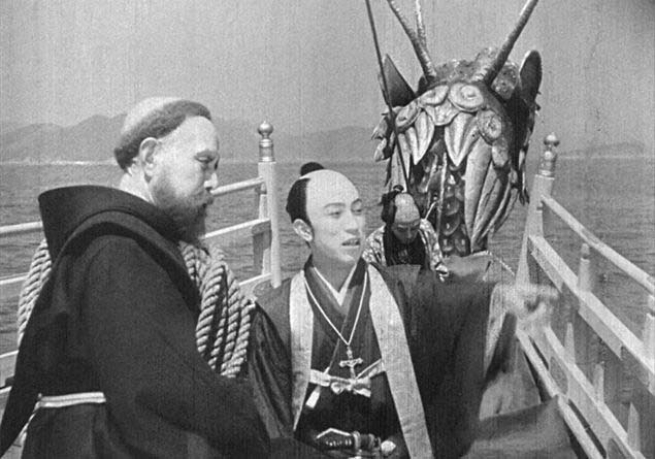 (ANS - Vatican City) - Not only "Silence". After the launch of the most recent film by Martin Scorsese, the Vatican decided to tell again the story of the evangelization and martyrdom of the first missionaries in Japan. The opportunity will arise on 6 February next, the liturgical memorial of the Japanese martyrs, with the showing of the film "The 26 Martyrs of Japan," recently discovered in the audio-visual archives of the Salesian Congregation.

The film was produced in 1931 by the Japanese studio Nikkatsu, thanks to the financial support of a leading personality of the Japanese Catholic world, Masaju Hirayama, grandfather of Takaaki Hirayama, who was to become bishop of Oita.

The plot, with long parentheses typical of the silent film, is set in 1597 and portrays the end of the first evangelization of Japan which had been started in 1549 by the Jesuit Francis Xavier. The film opens with the landing in Japan of the Spanish Franciscan Pedro Bautista, sent by the Governor of the Philippines, and closes - after the decision of the imperial government to put an end to conversions and persecute Catholics - with the martyrdom of six Franciscans, three Jesuits and seventeen Franciscan tertiaries, including four children.

The director Tomiyasu Ikeda, filmed with great dramatic impact the reconstruction of the earthquake, the plight of the persecuted and their final crucifixion, as well as the testimony of the missionaries' faith. The film shows - with a clear reference to the Gospel - the pain of a mother in front of the martyrdom of her son.

The Italian version which was distributed by MISSIONi Di DON BOSCO, has a musical score composed by the Salesian musician Fr Alessandro de Bonis (1888-1965).

"The 26 martyrs of Japan" was scanned by the National Cinema Archive of the Experimental Centre of Cinematography, with the support of the Cultural Association of the Piedmont Region and the San Paolo Company.