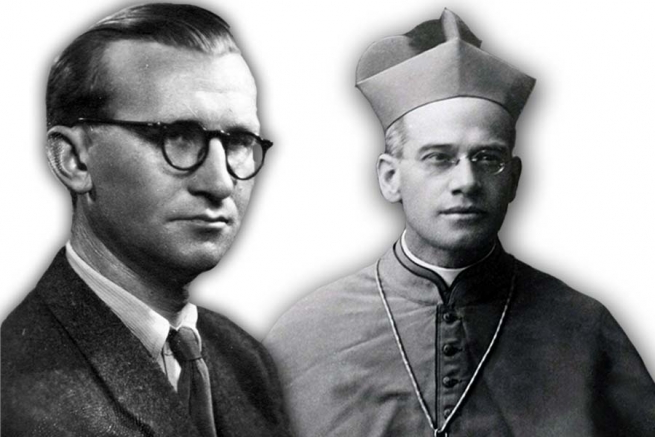 (ANS - Vatican City) - Today, 27 February, in an audience granted to Cardinal Angelo Amato SDB, prefect of the Congregation for the Causes of Saints, Pope Francis has authorized that same Congregation to promulgate the following decrees: the martyrdom of the Servant of God Titus Zeman, (1915-1969), a Salesian priest; and the heroic virtues of the Servant of God Ottavio Ortiz Arrieta, a Salesian, Bishop of Chachapoyas (1878-1958).

The inquiry for the beatification and canonization of Titus Zeman started only in 2007, when the first preliminaries took place. The diocesan inquiry was held in the Archdiocese of Bratislava from 26 February 2010 to 7 December 2012. The legal validity of the diocesan inquiry was recognized by the Congregation for the Causes of Saints with the Decree of 28 June 2013.  When the Positio was prepared, the discussion took place, according to the usual procedure, whether the death of the Servant of God was a true martyrdom. The result was positive and a Special Meeting of the Theological Consultors took place on 7 April 2016. At the Ordinary Session of 21 February 2017, the Cardinals and Bishops, having heard the report of the Ponente of the Cause, Cardinal Carlo Caffara,  recognized that the Servant of God was killed for his faithfulness to Christ.

In the cause of Ottavio Ortiz Arrieta, the diocesan inquiry took place in Chachapoyas Diocese from 8 July 1992 to 22 December 2001.  It was recognized as valid by the Congregation for the Causes of Saints by decree of 3 October 2003. When the Positio was prepared, the discussion took place according to the usual procedure, whether the Servant of God had exercised the virtues to a heroic degree. The result was positive and on 19 February 2015 a Special Meeting of the Theological Consultors was held. The Cardinals and Bishops, in the Ordinary Session of 7 February 2017, recognized that the Servant of God practised the theological, cardinal and other related virtues to a heroic degree.