Ethiopia – Swamped under rubbish: a tragedy of poverty 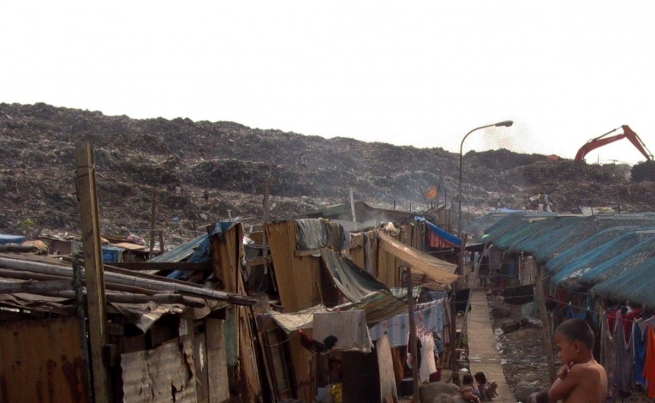 (ANS - Addis Ababa) - Around the big dump called "Koshe", on the outskirts of Addis Ababa, there are hundreds of huts made of wood and mud, or at best sheet metal, if you are among the lucky ones. This is where hundreds of people live every day.  On Saturday 11 March, dozens of them died, swept away by a landslide of rubbish. There are at least 113 dead, including many women and children, some of whom were studying at the local Salesian school.

A mass of debris broke off from the hill of rubbish and engulfed homes, generating a loud roar. Within seconds thirty makeshift homes were buried by the rubbish, the same rubbish that for many of the people who lived there had always been a major, if not the only, source of income. There was always the possibility of getting something they could repair, reuse or resell.

“Koshe” is the word for dirt in the local language, Amharic. Koshe is the place where for over 40 years the garbage of Addis Ababa had been dumped, at an average of 300 thousand tons per year. Already in 2010, the local authorities raised the alarm, because the mountain of garbage was expanding and coming close to homes and schools. Koshe now has a completely different profile, as well as the slum that is built next to it. "To prevent the recurrence of these episodes, people living in the area have been transferred to other parts of the city," according to a spokesman of the city, Amare Mekonen.

The Salesians are working right in the neighbourhood where the tragedy occurred, in collaboration with volunteers of the NGO VIS. The disaster has also involved directly the Salesian School since some of their students are among the dead. The school was closed until Tuesday to respect the grief, and also because they were still continuing the search among the debris.

Giacomo Spigarelli, project manager for VIS in Ethiopia, said in a report on Vatican Radio: "The tragedy is of enormous proportions, because, unfortunately, once again, those who have suffered are the most vulnerable, children and women, because they were the ones who did most of the searching and recycling from the dump.”