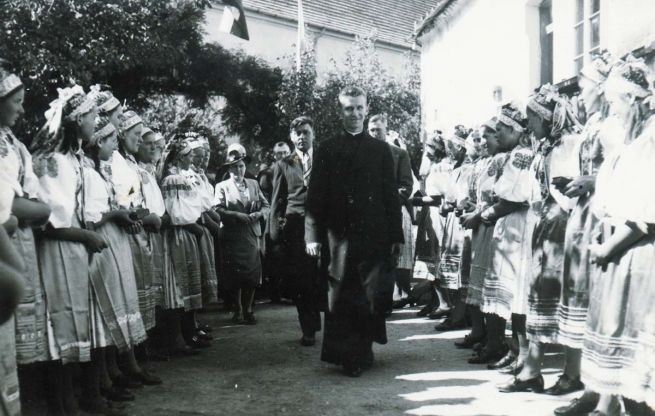 (ANS - Vatican City) - The Venerable Servant of God Titus Zeman, Salesian priest from Slovakia, killed in hatred of the faith at 54 years of age (born Vajnory, 4 January 1915, died Bratislava 8 January 1969), will be beatified on 30 September 2017 in Bratislava, the capital of Slovakia. Msgr. Angelo Becciu, Substitute for General Affairs of the Vatican Secretariat of State communicated the decision to Fr Pierluigi Cameroni, Postulator General for the Causes of Saints of the Salesian Family, on 21 March last.

The Salesian Cardinal Angelo Amato, Prefect of the Congregation for the Causes of Saints, will represent His Holiness at the celebration of the rite.

Fr Jozef Ižold, Provincial of the Salesians in Slovakia, writes: “In collaboration with the Archbishop of Bratislava we have already started preparing for this great and extraordinary event. After 14 years we will have a new blessed in Slovakia, the first Slovak Salesian to be beatified. As of now we joyfully invite all the faithful of the Slovak Church, the Salesian Family and friends of the Salesians to set aside this date of 30 September 2017 in order to celebrate with us this event of the beatification of Fr Titus Zeman”.

Beatification is the intermediate step towards canonization. It is the act by which the Supreme Pontiff grants to a Venerable Servant of God, public ecclesiastical worship, limited to the places and manner established by law. The beatification ceremony will take place during a solemn Eucharistic celebration at which the Representative of the Pope will read the Apostolic Letter, signed by the Holy Father.  After giving a summary of the spiritual portrait of the Servant of God, the Pope says solemnly that the Venerable Servant of God can be called "Blessed", indicating the date of his feast, usually the dies natalis (the day of his birth into heaven, that is, of death) to be celebrated every year in places and as agreed.

"The Church of God in Slovakia and the Salesian Family give thanks for this great gift of the beatification of the martyr Titus Zeman, and resolve to live with renewed fidelity the vocation received and to witness with courage even in times of trial and persecution” commented Fr Cameroni.