Italy – Meeting of the Presidency of the Salesian Biblical Association 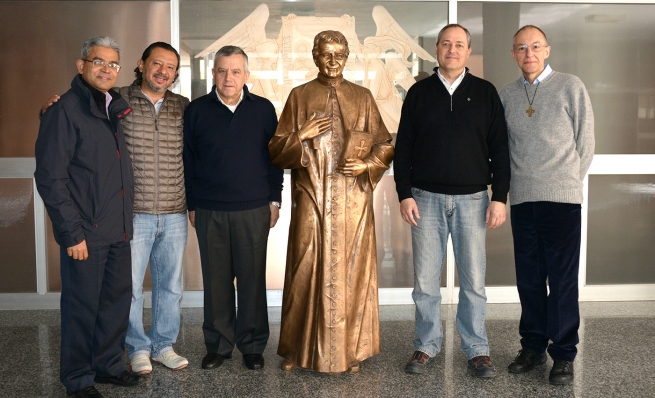 Rome, Italy - April 2017 - The new Presidency of the Salesian Biblical Association met for the first time at the Generalate from 22 to 24 April. The messages received from the World Congress celebrated in Jerusalem last August were welcomed.

All the work of the meeting was inspired by the desire to reinvigorate and revive the active participation of members and their sense of belonging to the Association. For this purpose, our website will be presented in one single page in Italian, offering the opportunity to contribute easily to it in both English and Spanish, the most widely used languages. Video tutorials will explain how to include material and how to participate in the three forums identified in the Jerusalem discussion so as to encourage the preaching of Spiritual Exercises based on the Word of God, to increase the practice of Lectio Divina for young people, to elaborate ideas and materials useful in the Biblical formation of young animators. Finally, the production of two books for the biblical formation of the confreres was planned: this will also help to encourage the collaboration of the members. Fr Juan José Bartolomé was warmly and unanimously thanked for accepting again the Presidency of the Association.  Sincere  gratitude also to Fr Salvador Cleofás Murguía who worked hard to get the job done in the best way possible .