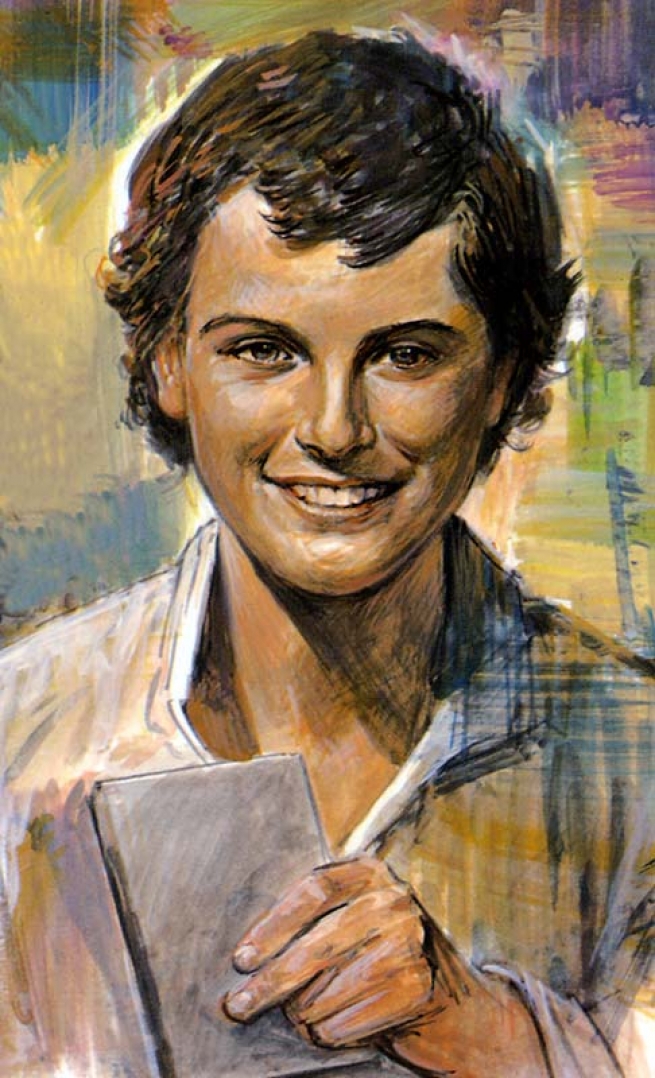 (ANS - Genova) - The committee for the anniversaries of the birth and death of St Dominic Savio has planned a generous calendar of events for the celebrations of the 175th anniversary of the birth and the 160th anniversary of the death of Saint Dominic Savio. They want to keep alive the memory of the one whom Pius XI defined as "among the first and most beautiful fruits of the exquisite educative work of Don Bosco".

Dominic Savio was born in the hamlet of San Giovanni, part of Riva near Chieri in the province of Torino, on 2 April 1842. He lived for ten years in the hamlet of Morialdo in Castelnuovo d'Asti (now Castelnuovo Don Bosco) and died in Mondonio on 9 March 1857. Celebrations began at Mondonio on 9 March 2017, the 160th anniversary of the death of the Saint. However, for the Salesian Family and for the dioceses of Piedmont the main celebrations are in May. His feast is on 6 May, since the anniversary of his death falls in Lent.

Today, Friday 5 May, the eve of the feast, at Riva Chieri, the Rector of the Basilica at Colle Don Bosco, Fr José Ezis Maria Orsini, is giving an interview on the topic "St Domenico Savio, a model for the world of today?".

On the 6 May, a Mass will be celebrated in front of the saint's house in Mondonio, followed by a procession through the streets of the village. The Italian Post will set up a mobile office for a special commemorative stamp cancellation and a historical-religious exhibition dedicated to the young saint will be open to visitors.

On Sunday 7 May, some children will receive their First Communion in the Church of St Andrew the Apostle in Castelnuovo Don Bosco, the church where Saint Dominic Savio received communion for the first time and where he made the resolution: "my friends will be Jesus and Mary."

On Thursday 11 May, Castelnuovo Don Bosco will host a round table discussion entitled "Education Today: Is the Savio Style relevant and possible?" There will also be interviews with two Salesians, Fr Luca Ramello, diocesan director of Youth Ministry, and Fr Luca Barone, Rector of Colle Don Bosco.

The calendar of events will continue until the end of October 2017, with study conferences, liturgical celebrations, outings and walks like those of Don Bosco, musical concerts, folklore gatherings, parades, etc.

The full calendar of events is available at: