Panama - The official logo of WYD 2019 is unveiled. Don Bosco and Sr Maria Romero among Patrons 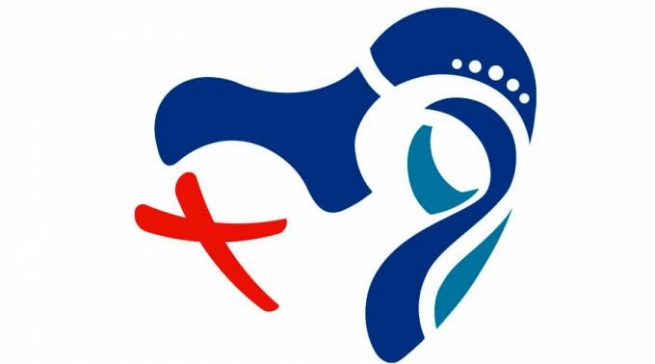 (ANS - City of Panama) - At the World Youth Day (WYD) in Krakow 2016, after announcing that the next WYD would be in Panama in 2019, Pope Francis said, "I do not know if I will be in Panama but I can assure you one thing, Peter (the Pope) will be in Panama." Yesterday, Sunday 14 May, during the Eucharist presided over by Archbishop José Domingo Ulloa of Panama City, the official logo of the Panama WYD (22-27 January 2019) was launched and the Patrons of the event announced.

The Archbishop said in his homily: "Young people are the moral and human resources of our society and of the Church. They are capable of transforming everything positively, and of taking risks, as the teenager Mary of Nazareth did, if we are able to teach them to love as Jesus has loved us.”

The Archbishop then presented the official logo, featuring an iconic representation of the Isthmus of Panama and the Panama Canal, the World Youth Day Cross, the outline of the Virgin Mary with a five-point crown representing the five continents - elements that together form a heart.

The logo was designed by Ámbar Calvo, a young man of twenty who has already participated in several gatherings of WYD. His logo was chosen from 103 entries in a competition that began in February.

Some of the patrons of WYD 2019 were also mentioned: among them are St John Bosco and Blessed María Romero Meneses, Daughter of Mary Help of Christians (FMA).

One can observe in this regard that "the most beloved, most benevolent and most devoted saint in the world is Don Bosco" and that the day of his Feast, 31 January is a national holiday in Panama. For this reason, the Basilica of Don Bosco now has, in a special and clearly visible chapel, a casket containing a relic of the Saint of the Young.